As God the Father of all Creation organized the earth, He demonstrated a pattern of Patriarchal Order which He expected to be universally implemented.

From matter unorganized, He began to create things. As He did so, it is important to note that He demonstrated His dominion—stewardship, patriarchy, or headship—over each by giving them a name. He created light, divided that light from the darkness, and called the light day.  The darkness He named night.  (Genesis 1:3-5).  God created the firmament, naming it Heaven, and gathered the waters below it naming them Seas (Genesis 1:7-10). 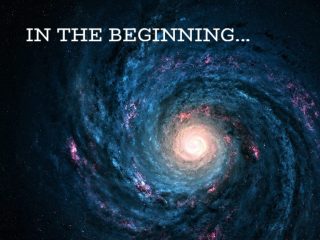 The process continues with different days bringing about the organizing-creation of different systems. He named them, and after observing them, He pronounced them to be good.  (Genesis 1:10, 12, 18, 21, 25)

In verse 26, God announced that He will “create man in [His] own image,” and bequeath to them “dominion… over all the earth,” and every living thing.  He follows this by saying to them in verse 28 to “…replenish the earth, and subdue it; and have dominion over… every living thing that moveth upon the earth.”

We see in Genesis 2 that man is formed (verse 7) but for the first time in the creation process, God says that something about this particular creature is not good. He says in verse 18,

“it is not good that man should be alone I will make an help meet for him.” (Genesis 2:7)

As we read verses 19 and 20, we begin to see the Lord God commence to assign Adam dominion, (again: stewardship, patriarchy, or headship) over all living creatures.

“And out of the ground the Lord God formed every beast of the field, and every fowl of the air; and brought them unto Adam to see what he would call them: and whatsoever Adam called every living creature, that was the name thereof.

And Adam gave names to all cattle, and to the fowl of the air, and to every beast of the field; but for Adam there was not found an help meet for him.” (Genesis 2:19-20)

If we took heed of the lesson which the Lord God presented in the creation history, it is basically: “You named it, you’re responsible for it!  Take good care of it; showing proper dominion, for there will be an accounting!”

Finally, the Lord God creates an help meet for the man Adam, and brought her to him, to see what he would call her (Genesis 2:22):

“And Adam said, This is now bone of my bones, and flesh of my flesh: she shall be called woman, because she was taken out of man.” (Genesis 2:23)

We also read in the New Testament,

As faithful saints of the church of the restored gospel of Jesus Christ, or any Christian of basic Biblical education, we can see the doctrine of the creation repeated throughout scripture. We have the crossing or dividing of waters; the appearance of dry ground; the advent of a promised, covenant people to inhabit the land, subdue, and have dominion over it. This motif is constantly re-occurring in temples, ancient and new.

There is a reason why the Word of God constantly directs our attention to the creation.  Man is here to have dominion. He is to be a wise and profitable, productive and industrious servant and son, husband and father, then prophet, priest and king. Only by learning and living the Patriarchal Order can a man and woman fulfill the magnitude of their God-given calling.