The 10th Article of Faith reads,

“We believe in the literal gathering of Israel and in the restoration of the Ten Tribes; that Zion (the New Jerusalem) will be built upon the American continent” (emphasis added)

“Wherefore the decree hath gone forth from the Father that they shall be gathered in unto one place upon the face of this land, to prepare their hearts and be prepared in all things against the day when tribulation and desolation are sent forth upon the wicked” (D&C 29:8, emphasis added)

However, by the turn of the century, the counsel had evolved to state that the members were to not gather to “one place,” but that,

“The policy of the Church is not to entice or encourage people to leave their native lands; but to remain faithful and true in their allegiance to their governments, and to be good citizens” (Millennial Star, May 23, 1907, p. 329).

This advice continues to this day, with all statements made being along the lines of Bruce R. McConkie when he said,

To be a faithful saint, we are to be faithful to principles, not people. The Church’s website says that apostasy is:

“When individuals or groups of people turn away from the principles of the gospel, they are in a state of apostasy.”

Therefore, we can see it is important to stay true to the principles of the gospel to avoid personal apostasy.

What is the principle of gathering as revealed by the Lord Himself? Does it contradict or support what is being taught today?

To know the answers, it is helpful to better understand the meaning and intent of early statements. We must understand the mindset of the early Saints of this dispensation in regards to the restoration of the Gospel. Parley P. Pratt in his missionary tract “Voice of Warning” reminded the people of Peter’s prophecy concerning the latter-day restoration. He said,

“And he shall send Jesus Christ, which before was preached unto you: Whom the heaven must receive until the times of restitution of all things, which God hath spoken by the mouth of all his holy prophets since the world began.” (Acts 3:20-21, Voice of Warning, Liverpool, 1854, p. 142)

“It appears from the above, that all the holy Prophets from Adam to Christ, and those that followed after, had their eyes upon a certain time, when all things should be restored to their primitive beauty and excellence. We also learn, that the time of restitution was to be at or near the time of Christ’s second coming” (ibid.)

The restoration of the Gospel was the restoration of the primitive Church, not merely a restoration of prophets. A church that taught all of the principles found in the Bible is what appealed to early believers. Those who studied the scriptures had observed that all of the churches of the time had strayed from the Gospel as found in the Bible. If it was simply about tracing authority back, the Pope claimed to do just that. The Saints at the beginning of the Restoration were searching, and found the Church that not only claimed authority, but had the teachings to back it up. The “17 Points of the True Church” is a great resource to show the Biblical teachings that are only found in the restored Gospel of Jesus Christ. If you’re not familiar with the talk or the flash cards, we’ve included the image below: 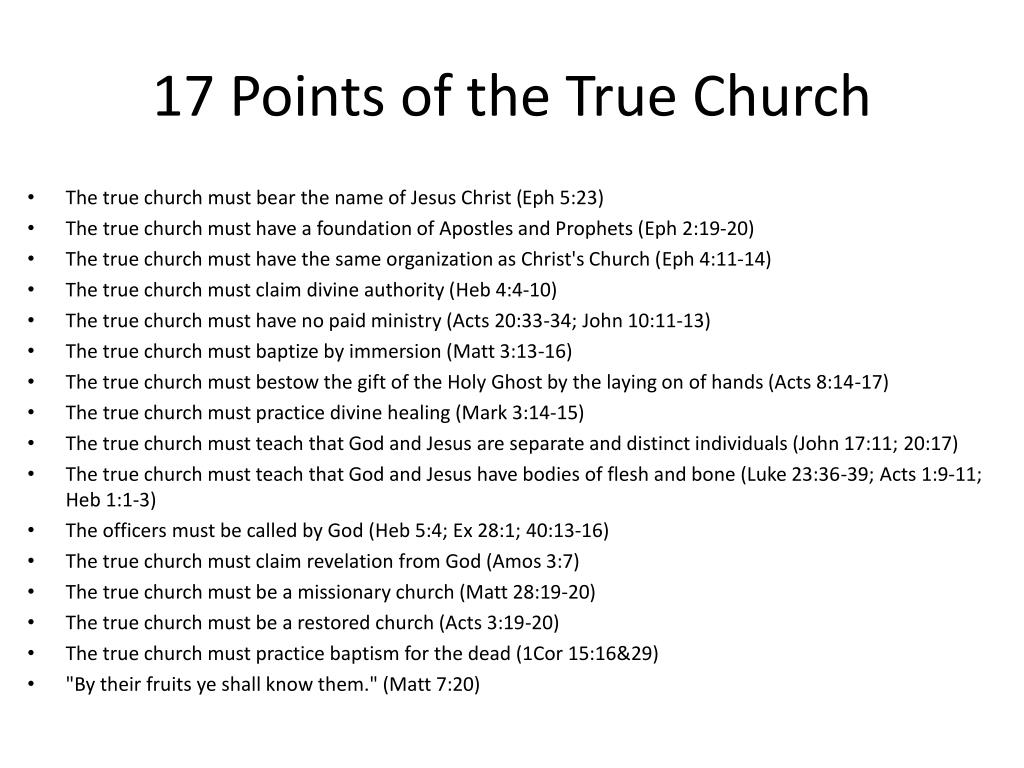 The Saints understood their scriptures well and knew what the Lord said about a literal gathering, as we find in these scriptures: 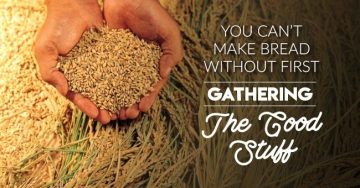 “And say unto them, Thus saith the Lord God; Behold, I will take the children of Israel from among the heathen, whither they be gone, and will gather them on every side, and bring them into their own land” (Ezekiel 37:21)

“For I will take you from among the heathen, and gather you out of all countries, and will bring you into your own land.” (Ezekiel 36:24)

God’s people will be taken out from the midst of the unbelievers into a land they can call their own.

“Gather not my soul with sinners, nor my life with bloody men” (Psalms 26:9)

God’s people should not reside with the unbelievers.

“For I know their works and their thoughts: it shall come, that I will gather all nations and tongues; and they shall come, and see my glory.” (Isaiah 66:18)

“Hear the word of the Lord, O ye nations, and declare it in the isles afar off, and say, He that scattered Israel will gather him, and keep him, as a shepherd doth his flock.” (Jeremiah 31:10)

“Therefore say, Thus saith the Lord God; I will even gather you from the people, and assemble you out of the countries where ye have been scattered, and I will give you the land of Israel.” (Ezekiel 11:17)

God’s people will first be scattered among the nations and then gathered—together, as they were in ancient times.

During the early days of the Restoration, these principles were well known and discussed frequently. Apostle Orson Pratt said that the doctrine of the literal gathering was so clear and so voluminously taught that discussing it was practically unnecessary,

“The doctrine of the gathering of the people of God, including Israel, is one so clearly predicted by the inspired writers, that it seems almost superfluous to refer to the numerous passages relating to it.” (Orson Pratt’s Works, p. 9)

In this, the Last Dispensation, the Lord first commanded the Saints to gather in Kirtland, Ohio. Then it was revealed in Doctrine and Covenants Section 57 that Independence, Missouri was to be the gathering place for the Saints as well as the center stake of Zion. Though the Saints were persecuted and forced to leave Independence, it was prophesied that faithful saints would return but that the place to gather in preparation for returning—was Utah. The servant of the Lord, Brigham Young explained,

One reason is because,

“If you cannot learn to keep the commandments of God in Great Salt Lake City… how do you expect to keep them in Jackson County?” (Heber C. Kimball, Journal of Discourses, 5:134)

President Kimball further explained that there were some that thought they could simply come to Jackson County and wait for the rest of the Saints to return. Some felt that it didn’t matter where they lived. To this Kimball said,

“I can tell them they will have to come here [Utah], for this is the only way there is for the true Saints to get to Jackson County.” (Journal of Discourses 10:78)

Do you have the spirit of gathering? What blessings do we obtain when we obey the principle of literally gathering compared to simply attending Church once a week?  To learn more about the literal gathering, you are encouraged to look up the scriptures in the Scriptures Index under “Gather,” as well as “A Voice of Warning” by Parley P. Pratt.

Appreciate what we do? Consider supporting our efforts with a one time or ongoing financial gift here.

1 thought on “What is the Literal Gathering of Israel?”