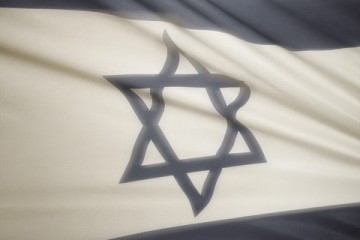 A Mormon Perspective on Israel and United States Foreign Policy

A Common belief among conservatives, especially mainstream Republicans, is that the United States has a responsibility to support and defend Israel (1) (2) (3). There has even been a lot of hype over the Glenn Beck “Restoring Courage” rally being held in Israel on 8/24/11. According to glennbeck.com, “Restoring Courage is an opportunity to demonstrate to the world that Israel does not stand alone.”

Is this the proper stance to take? Should we stand for Israel, no matter what? Are we not alienating other nations? Just because something is popular, and everyone is doing it, or thinking it, doesn’t make it right. As with all issues we should base our support on correct principles. In this article we will examine teachings from the scriptures and words of modern Church leaders to see if there is any justification for U.S. support and defense of the modern State of Israel.

In the past Israel – also called Palestine – was the “promised land” given to Abraham and his descendants, through Isaac and Jacob (later named Israel). The House of Israel was a covenant and blessed people, but their promises from the Lord were conditional – based on their obedience to God’s law. Eventually the Israelites, being ripe in iniquity, were swept off the land of their inheritance.

Today many Jews, a part of the House of Israel, are returning to Israel. However, as Bruce R. McConkie said, “Let there be no misunderstanding in any discerning mind on this point. This gathering of the Jews to their homeland and their organization into a nation and a kingdom is not the gathering promised by the prophets. It does not fulfill the ancient promises” (The Millennial Messiah, p. 229).

The prophet Joseph Smith explained that the gathering of the tribe of Judah would not yet be to Jerusalem,

“We had a letter from Elder Hyde, a few days ago, who is in New Jersey, and is expecting to leave for England as soon as Elder Page reaches him. He requested to know if converted Jews are to go to Jerusalem or to come to Zion. I therefore wish you to inform him that converted Jews must come here.” Scriptural Teachings of the Prophet Joseph Smith, pg 180

Any legitimate gathering must be done under proper priesthood authority, not an authority taken upon one’s self or by the institutions of the world.

Part of the conflict in Israel today is that the Arab Muslims (also descendants of Abraham) have a claim upon that land, and had occupied the land for two thousand years prior to the return of the Jews. In fact, it wasn’t until after World War I that hundreds of thousands of Jews began moving into Palestine. Eventually the Arabs were forced to give up a large portion of their land to the Jews (for more info see: “Arab-Israeli Conflict”).

President Howard W. Hunter has reminded us that “…both the Jews and the Arabs are children of our Father. They are both children of promise, and as a Church we do not take sides. We have love for and an interest in each. The purpose of the Gospel of Jesus Christ is to bring about love, unity, and brotherhood of the highest order” (“All Are Alike Unto God,” Brigham Young University Fireside, February 4, 1979).

Many Latter-day Saints today strongly support defending the State of Israel, even in going to war against the Palestinians. Spencer W. Kimball lamented:

“We are a warlike people, easily distracted from our assignment of preparing for the coming of the Lord. When enemies rise up, we commit vast resources to the fabrication of gods of stone and steel – ships, planes, missiles, fortifications – and depend on them for protection and deliverance. When threatened, we become anti-enemy instead of pro-Kingdom of God; we train a man in the art of war and call him a patriot, thus, in the manner of Satan’s counterfeit of true patriotism, perverting the Savior’s teaching:

What then should be the foreign policy of the United States of America?

Ezra Taft Benson taught that we should “observe good faith and justice towards all Nations; cultivate peace and harmony with all. Religion and Morality enjoin this conduct; and can it be, that good policy does not equally enjoin it?” (“United States Foreign Policy“, Preston, Idaho, June 21, 1968)

Quoting further from Ezra Taft Benson with regard to United States Foreign Policy:

“Ever since World War I, when we sent American boys to Europe supposedly to ‘make the world safe for democracy’, our leaders in Washington have been acting as though the American people elected them to office for the primary purpose of leading the entire planet toward international peace, prosperity and one-world government.

“…We mistake the object of our Government… Conquest or superiority among other powers is not or ought not ever to be the object of republican systems. If they are sufficiently active & energetic to rescue us from contempt & preserve our domestic happiness & security, it is all we can expect from them… (The Records of the Federal Convention [Max Farrand, Editor], 1: 402)

“There is one and only one legitimate goal of United States foreign policy. It is a narrow goal, a nationalistic goal: the preservation of our national independence. Nothing in the Constitution grants that the President shall have the privilege of offering himself as a world leader.

“Nothing in the Constitution nor in logic grants to the President of the United States or to Congress the power to influence the political life of other countries, to ‘uplift’ their cultures, to bolster their economies, to feed their peoples or even to defend them against their enemies.

As has already been pointed out, the modern State of Israel is not the same as the promised return of the House of Israel; these modern Jews are not God’s chosen people. Considering the common conservative support of defending Israel and the promoting of wars against the Arab nations, let us turn to the Book of Mormon and Doctrine & Covenants regarding those matters.

“Now the people said unto Gidgiddoni: Pray unto the Lord, and let us go up upon the mountains and into the wilderness, that we may fall upon the robbers and destroy them in their own lands. But Gidgiddoni saith unto them: The Lord forbid; for if we should go up against them the Lord would deliver us into their hands; therefore we will prepare ourselves in the center of our lands, and we will gather all our armies together, and we will not go against them, but we will wait till they shall come against us; therefore as the Lord liveth, if we do this he will deliver them into our hands.” (3 Nephi 3: 18–21)

“And it was because the armies of the Nephites went up unto the Lamanites that they began to be smitten; for were it not for that, the Lamanites could have had no power over them. But, behold, the judgments of God will overtake the wicked; and it is by the wicked that the wicked are punished; for it is the wicked that stir up the hearts of the children of men unto bloodshed.” (Mormon 4: 4-5)

I can find no scriptural basis or modern Church teachings that could be interpreted to mean that we must support Israel no matter what, and no matter what the cost (we can’t afford it anyways). There is no basis at all for such meddling in the affairs of other nations, whether to prop one up or pull another down. As Thomas Jefferson said: “Equal and exact justice to all men, of whatever state or persuasion, religious or political; peace, commerce, and honest friendship with all nations – entangling alliances with none. . .” (March 4, 1801; Works 8:4)

Now is the time to stand and restore courage. I invite those who value freedom, honor and faith to stand with others in your respective communities and churches as disciples of Christ. Let us strive to be beacons of freedom and liberty, and an example of righteousness to all nations. Sadly this nation (USA) is becoming ripe for destruction (as prophesied in the Book of Mormon). Fortunately, as individuals, there is still hope; we can be such examples within our families and communities and let that influence spread from there.

61 thoughts on “Should Latter-day Saints Support the Modern State of Israel?”