In ancient times, cities had watchmen. What was a watchman, and what was their purpose?

Watchmen were stationed on a wall or in a tower in order to look out for and warn of dangers approaching from afar. They were employed to protect cities as well as vineyards, fields, or pastures. They had an elevated view; they saw things the rest of the people could not see. They were vigilant and warned of problems while they were still far off, and they offered safety and protection.

”Son of man, speak to the children of thy people, and say unto them, When I bring the sword upon a land, if the people of the land take a man of their coasts, and set him for their watchman:

If when he seeth the sword come upon the land, he blow the trumpet, and warn the people;

Then whosoever heareth the sound of the trumpet, and taketh not warning; if the sword come, and take him away, his blood shall be upon his own head.

He heard the sound of the trumpet, and took not warning; his blood shall be upon him. But he that taketh warning shall deliver his soul.

Today, most of our cities don’t have walls around them, or towers for lookouts, so we don’t have watchmen of this type. But we need watchmen just as much, if not more, today than they did back then—but for a different reason. We need spiritual watchmen in our ever-growing world of wickedness. We have been told that in the last days “evil will be called good, and good will be called evil.” We have also been told that we will become more wicked than in the days of Noah and Sodom and Gomorrah.

So, who are the watchmen of our day? What are their duties, if we don’t have walled cities as in times of old?

Most would automatically answer the question by suggesting church or religious leaders, and then sit back and let them take charge—and have the responsibility. However, in Ezekiel 33:7, it says:

“So thou, O son of man, I have set thee a watchman unto the house of Israel; therefore thou shalt hear the word at my mouth, and warn them from me.”

We know that we have the responsibility to be watchmen over our own homes, but in Doctrine and Covenants section 38 verse 41, it reads:

“And let your preaching be the warning voice, every man to his neighbor…”

“Therefore, that we should waste and wear out our lives in bringing to light all the hidden things of darkness, wherein we know them; and they are truly manifest from heaven…”

These scriptures indicate that we are to go beyond our homes and out to our neighbors or the world.

“I did liken ALL scriptures unto us, that it might be for our profit and learning.”

If we are to do as Nephi says, then these scriptures would indicate that it is also each individual’s responsibility to be a watchman and warn every man his neighbor.

As stated above in Ezekiel 33, if we ignore the watchman’s warnings, or we don’t do as stated in D&C 38 to warn our neighbor, not only will our own blood be on our heads, but we could have the blood of others on our heads as well.

Elder Ezra Taft Benson, in a General Conference talk in 1973, titled “Watchman, Warn the Wicked,” said this. He starts by quoting Ezekiel 3:

“Son of man, I have made thee a watchman unto the house of Israel: therefore, hear the word at my mouth, and give them warning from me.

When I say unto the wicked, Thou shalt surely die; and thou givest him not warning, nor speakest to warn the wicked from his wicked way, to save his life; the same wicked man shall die in his iniquity; but his blood will I require at thine hand.

“Yet if thou warn the wicked, and he turn not from his wickedness, nor from his wicked way, he shall die in his iniquity; but thou hast delivered thy soul.” (Ezekiel 3:17-19)

The inspired Book of Mormon prophets saw our day and warned us of the adversary’s strategy. Hear their words:

“For behold, at that day shall he [the devil] rage in the hearts of the children of men, and stir them up to anger against that which is good.

And others will he pacify, and lull them away into carnal security. ….

“As watchmen on the tower of Zion, it is our obligation and right… to speak out against current evils—evils that strike at the very foundation of all we hold dear as the true church of Christ and as members of Christian nations.”

As one of these watchmen, with a love for humanity, I accept humbly this obligation and challenge and gratefully strive to do my duty without fear. In times as serious as these, we must not permit fear of criticism to keep us from doing our duty, even at the risk of our counsel being tabbed as political, as government becomes more and more entwined in our daily lives.

In the crisis through which we are now passing, we have been fully warned. This has brought forth some criticism. There are some of us who do not want to hear the message. It embarrasses us. The things which are threatening our lives, our welfare, our freedoms are the very things some of us have been condoning. Many do not want to be disturbed as they continue to enjoy their comfortable complacency.”

Do we hear the cry, “All is well in Zion”? If so, take a look around you. All is NOT well in Zion. We know that evil is increasing day by day, and at an accelerated rate. There are over 100 scriptures in the Book of Mormon that teach about repentance, and the Doctrine and Covenants is full of commands to “preach nothing but repentance to this generation.” If one chooses not to follow as God has commanded in scripture, then we will be that “slothful servant” talked about in D&C 58:26.

Do we truly believe what scriptures tell us, or are they just fairy tales or nice stories?

Is the Doctrine and Covenants for us? Section 5:10 states:

”But this generation shall have my word through you;”

If we truly believe that the Book of Mormon was written for our day, then we must believe that—like the great Nephite nation—we too will be a fallen people as they were because they rejected God’s commands. Listen to the words of Mormon as he cries for his people and for us, because he saw our day: 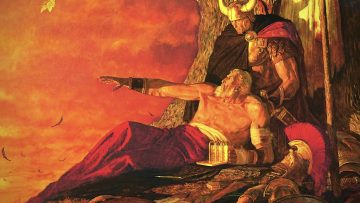 Behold, if ye had not done this, ye would not have fallen. But behold, ye are fallen, and I mourn your loss.

O ye fair sons and daughters, ye fathers and mothers, ye husbands and wives, ye fair ones, how is it that ye could have fallen!” (Mormon 6: 17-19)

Do we claim to be God’s chosen people Israel? Do we follow His commands to be watchmen to warn all those around us and to be vigilant? Or are we afraid of criticism—of being told that we are judgmental? Do we fear men more than God?

3 thoughts on “Who are the Watchmen unto the House of Israel?”