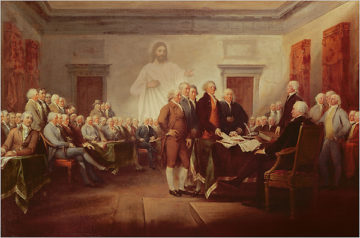 On the 8th day of August 1839, the Prophet Joseph Smith prophesied: 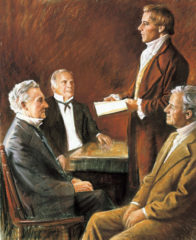 But, the prophecy did not end there. The revelation in its fulness warned,

“Wars will come and we shall have to flee to Zion, the cry is to make Haste… The time is soon coming when no man will have any peace but in Zion and her Stakes.”  1

Like Nephi of old, a MIGHTY vision of the future filled the mind of the Prophet Joseph Smith.  He cried out to the Saints that they and the world

“will have little peace from henceforth”.

I saw armies arrayed against armies I saw blood, desolation, fires & etc, – The Son of Man has said that the mother shall be against the daughter, & the daughter against Mother- these things are at our doors. They will follow the Saints of God from City to City- Satan will rage.

The Spirit of the Devil is now enraged, I know not how soon these things will take place, and with a view of them shall I cry peace? NO!

I will lift up my voice and testify of them.” 2

It would be foolish to surmise that the Prophet Joseph Smith was limited by his concept of the expansion of futurity that lay before his eyes. To him, a future era of righteousness was extended, a ‘restitution of all things spoken of by all the holy Prophets since the world was’—’the dispensation of the fulness of times, when God shall gather together all things in one, and a promise of a perfect government in the last days, to purify the hearts of the people and hasten the welcome day of the Second Coming of Jesus Christ.

“a treasure hid in a field” and  proclaimed to the Saints:

“Nothing but (the) Kingdom being restored, can save the world”. 3

Joseph Smith was privileged to lay the foundation of the Dispensation of the Fulness of Times and establish God’s Kingdom on Earth. It was given to him by revelation the basic political principles and philosophy of the Millennial Government.

“I intend to lay a foundation that will revolutionize the whole world. It will not be by sword or gun that this kingdom will roll on; the power of truth is such that all nations will be under the necessity of obeying the gospel.”4

The Foundation of The Kingdom of God Rests in The Priesthood

“As the basis of the kingdom of God, the priesthood was considered as having two functionaries to administer its law and carry out its program in the earth. The first of these organizations is the Church. As an instrument of the priesthood, it is dependent upon the priesthood for its power to officiate in the religious sphere of life. The second organizational tool of the priesthood is the Government of God, which functions in the political sphere of society.” 6

As an instrument of the priesthood, the Church was to play an important role in producing the Government of God.

“The Church of Jesus Christ will produce this government, and cause it to grow and spread, and it will be a shield round about the Church. And under the influence and power of the Kingdom of God, the Church of God will rest secure and dwell in safety, without taking the trouble of governing and controlling the whole earth. The Kingdom of God will do this, it will control the kingdoms of the world.” 7

Were The Church To Fulfil Its Responsibility In Establishing The Government of God All Things Would Then Be Under The Jurisdiction of The Priesthood.

John Taylor viewed matters in this light and declared:

“When the will of God is done on earth as it is in heaven, the priesthood will be the only legitimate ruling power under the whole heavens; for every other power and influence will be subject to it. When the millennium . . . is introduced all potentates, powers, and authorities—every man, woman, and child will be in subjection to the Kingdom of God; they will be under the power and dominion of the priesthood of God; then the will of God will be done on the earth as it is done in heaven.” 8

The perfect government Joseph Smith anxiously sought gave the promise of a political law that would emanate from the Priesthood, and govern the world in righteousness.

“… the kingdom of God is to become a political power, known and recognized by the powers of the earth; and you my brethren may have to be sent forth to represent that power as its accredited agents.” 9

Have we, members of the Church of Jesus Christ of Latter-Day Saints, forgot these promises? Our responsibilities?

Has the Church strayed from its greatest object and destiny?

Have we sold our birthright to a righteous priestly government for a mess of tyrants and dictators?

Have we rejected our God?

The Constitution Leads to the Kingdom of God

Latter-day Saints have always had a unique perspective on the origin and destiny of America. This is a land of promise- an inheritance- prepared by God for the Saints and the Constitution is our “Heavenly Banner”.

In the Kirtland Temple dedicatory prayer given on 27 March 1836, the Lord directed the Prophet Joseph to say:

“May those principles, which were so honorably and nobly defended, namely, the Constitution of our land, by our fathers, be established forever.” 10

From here,  the Lord is determined to restore the Gospel. From here, the gospel is to be taken abroad, and from here Jesus Christ will reign during that great Millennial Day.

The Church of Jesus Christ of Latter-Day Saints is God’s inspired instrument for upholding, defending and preserving the Constitution of the United States. The Elders of Israel have a covenant obligation to waste and wear out their lives in maintaining the rights of the people and the liberty of this nation.

Joseph Smith wrote a motto for the Church. It proclaimed:

“The Constitution of our country formed by the Fathers of liberty. Peace and good order in society. Love to God, and good will to man. All good and wholesome laws, virtue and truth above all things, and aristarchy, live forever! But woe to tyrants, mobs, aristocracy, anarchy, and toryism, and all those who invent or seek out unrighteous and vexatious law suits, under the pretext and color of law, or office, either religious or political. Exalt the standard of Democracy! Down with that of priestcraft, and let all the people say Amen! that the blood of our fathers may not cry from the ground against us. Sacred is the memory of that blood which bought for us our liberty.” 11

In our modern Era, President Ezra Taft Benson exhaustively pleaded with the Church to get involved in the freedom battle as if our eternal salvation depended upon it. Because it does!

In General Conference he  remarked: 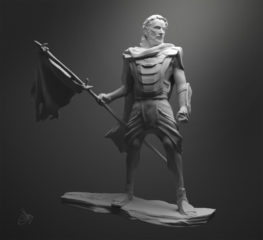 “In that sacred volume of scripture, the Book of Mormon, we note the great and prolonged struggle for liberty. We also note the complacency of the people and their frequent willingness to give up their liberty for the promises of a would-be provider.

“…This great general, Moroni…’caused the title of liberty to be hoisted upon every tower which was in all the land…. and thus Moroni planted the standard of liberty among the Nephites.’

“This is our need today — to plant the standard of liberty among our people throughout the Americas.

“While this incident occurred some seventy years BC, the struggle went on through one thousand years covered by this sacred Book of Mormon record. In fact, the struggle for liberty is a continuing one — it is with us in a very real sense today right here on this choice land of the Americas.” 12

However, in our present day, there are several political assumptions within the Church of Jesus Christ of Latter-Day Saints.

To advance these beliefs is a dangerous delusion.  Upon hearing such arguments, Latter-day Saints should bear firmly in mind that they are hearing the wisdom of men criticizing the wisdom of God.

Jesus Christ taught an entirely different political doctrine than what is written above, and one can not merely turn away from or reject His instructions for popular political philosophies.  No matter who is teaching them.

As saints of God we must always be governed by His principles, and not by the principles of the world. In a special conference on January 2, 1831, Jesus Christ through the Prophet Joseph Smith told the Saints: “I say unto you, be one; and if ye are not one ye are not mine“.

And most importantly we must never support with our money or our donations wicked men, organizations, or groups who oppose the Kingdom of God on earth. 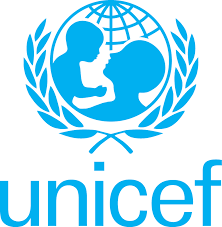 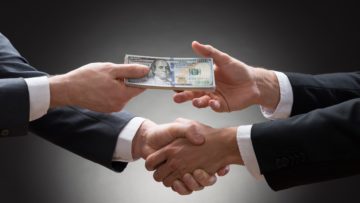 The Lord sums it up this way:

“And I give unto a commandment, that ye shall forsake all evil and cleave unto all good, that ye shall live by every word which proceedeth forth out the mouth of God.”13

It is a great privilege to build the Kingdom of God in this last dispensation. We must be united in our desire to flee Babylon and build Zion. We pray that the Lord will stretch His hand toward us and help us each to do our part.

15 thoughts on “Who Would God Vote For?”