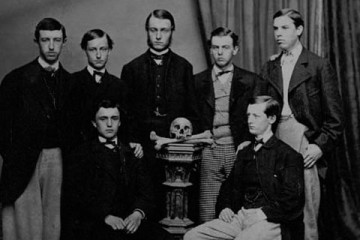 Many people find it hard to believe in the idea of a conspiracy, especially one that is pervasive, world wide and all encompassing. Even members of the LDS Church find it hard to grasp that our society could possibly be ‘controlled’ by some secretive group. It doesn’t seem possible when we travel, vote, express our opinions openly, worship as we please and seem to lead lives that are largely uncontrolled. But the General Authorities of the Church say differently. For instance, Ezra Taft Benson said:

I testify that wickedness is more highly organized, more cleverly disguised, and more powerfully promoted than ever before. Secret combinations lusting for power, gain, and glory are flourishing. A secret combination that seeks to overthrow the freedom of all lands, nations, and countries is increasing its evil influence and control over America and the entire world. (Ezra Taft Benson, “I Testify,” General Conference, October 1988, reported in Ensign, Nov. 1988, p. 87)

President Benson testified that a secret combination has control over America and the entire world. That goes contrary to what we are used to thinking. How can it be that we are controlled when we think we are free? Is President Benson’s view just an aberration, or is it shared with other General Authorities? Here is a quotation from Joseph Fielding Smith:

Satan has control now. No matter where you look, he is in control, even in our own land. He is guiding the governments as far as the Lord will permit him. That is why there is so much strife, turmoil, confusion all over the earth. One master mind is governing the nations. It is not the President of the United States; it is not Hitler; it is not Mussolini; it is not the king or government of England or any other land; it is Satan himself. (Joseph Fielding Smith Jr., Doctrines of Salvation, Vol. 3, p.314-315)

How can that be possible? The answer is that this secret combination doesn’t have total control, but effective control. That means that they do not control our every action, as in Stalin’s Soviet Union; they control the direction our world moves in by controlling what we see and hear in the news media, the educational establishment, and the major political parties. Here are some quotations to prove this idea:

One of our best-kept secrets is the degree to which a handful of huge corporations control the flow of information in the United States. Whether it is television, radio, newspapers, magazines, books or the Internet, a few giant conglomerates are determining what we see, hear and read. (Rep. Bernie Sanders)

Our job is to give people not what they want, but what we decide they ought to have. (Richard Salent, former president, CBS News)

In March, 1915, the J.P. Morgan interests, the steel, shipbuilding, and powder interest, and their subsidiary organizations, got together 12 men high up in the newspaper world and employed them to select the most influential newspapers in the United States and sufficient number of them to control generally the policy of the daily press . . . They found it was only necessary to purchase the control of 25 of the greatest papers.

An agreement was reached; the policy of the papers was bought, to be paid for by the month; an editor was furnished for each paper to properly supervise and edit information regarding the questions of preparedness, militarism, financial policies, and other things of national and international nature considered vital to the interests of the purchasers . . . This policy also included the suppression of everything in opposition to the wishes of the interests served . . . (U.S. Congressman Oscar Calloway, The Congressional Record, February 9, 1917, Vol. 54, pp. 2947-2948)

The proof of media bias and brainwashing is substantial. One has to look for it, because the truth is deliberately buried by the media itself. Here are some quotations about our educational establishment:

The aim of public education is not to spread enlightenment at all; it is simply to reduce as many individuals as possible to the same safe level, to breed and train a standardized citizenry, to down dissent and originality. That is its aim in the United States, whatever the pretensions of politicians, pedagogues, and other such mountebanks, and that is its aim everywhere else . . . Their purpose, in brief, is to make docile and patriotic citizens, to pile up majorities, and to make John Doe and Richard Doe as nearly alike, in their everyday reactions and ways of thinking, as possible. (H. L. Mencken)

The article goes on to say: “Dodd has advised his House committee employers to bear down upon evidence that grants, made chiefly by the Carnegie and Rockefeller foundations, were used toward ‘directing education toward an international viewpoint and discrediting the traditions to which it had been dedicated, changing both school and college curricula to the point where they sometimes denied principles underlying the American way of life . . . ’”

Again, the evidence for the educational brainwashing of our children is found in many other quotations. But surely, one may say, that does not include our major political parties? The answer is found in the following quotations that show the control of the Republicans and Democrats:

Usually, carefully screened leading “actors” are picked well in advance of election day by a small group, picked for both major parties, thereby reducing the promotional risk to just about zero.

On the political stage, one must be groomed by “backers” to become a “statesman.” It is desirable for such a candidate to have great personal ambition and, perchance, to be vulnerable to blackmail for some past occurrences; hence, someone not apt to become too independent in time, but always amenable to “suggestions” on the policy level. (Curtis Dall, FDR: My Exploited Father-in-Law, p. 23)

Curtis Dall was the son-in-law of Franklin Delano Roosevelt. He saw what happened in FDR’s White House and was appalled at it. But he is far from the only witness to control from behind the scenes:

From 1936 through 1960 the Republican presidential nominee was selected by a small group of secret kingmakers who are the most powerful opinion makers in the world. They dictated the choice of the Republican presidential nominee just as completely as the Paris dressmakers control the length of women’s skirts. (Phyllis Schlafly, A Choice Not an Echo, p. 6)

To Morgan, all political parties were simply organizations to be used, and the firm always was careful to keep a foot in all camps. Morgan himself, Dwight Morrow, and other partners were allied with the Republicans; Russell C. Leffingwell was allied with the Democrats; Grayson Murphy was allied with the extreme Right; and Thomas W. Lamont was allied with the Left . . . To this same seminal figure, (Morgan), may be attributed the use of tax-exempt foundations for controlling these activities . . . (Carroll Quigley, Tragedy and Hope, p. 945)

This behind the scenes manipulation of both political parties is also very well attested. These days, one must really dig to find the truth. The control of our lives also includes our national finances through the agency of the Federal Reserve System, which is a private, stock-owned banking cartel which enriches itself while making the rest of us poor. They do that through inflation that comes about through fractional reserve banking. Here are some quotations that establish that fact:

This Act, [Federal Reserve Act of 1913,] established the most gigantic trust on earth. When the President signs this bill, the invisible government by the Monetary Power will be legalized . . . The greatest crime of Congress is its currency system. The worst legislative crime of the ages is perpetuated by this banking bill. The caucus and party bosses have again operated and prevented the people from getting the benefit of their own government. (Charles A. Lindberg to the House of Representatives, December 23, 1913)

MR. SPEAKER: Our government debt at this time is approximately $50 billion. By the time that it’s paid, it will aggregate $100 billion . . . The amount of 100 percent is due to the interest charges . . . I have never yet had anyone who could . . . justify the federal government borrowing the use of its own money . . . I believe the time will come when people will demand that this be changed . . . [and] they will actually blame . . . Congress for sitting idly by and permitting such an idiotic system to continue. I have talked to the secretary of the Treasury and members of the Federal Reserve Board . . . They know this can be done easily and conveniently and will save money . . . the Federal Reserve Bank System . . . is not owned by the government.. Many people think that it is because it says “Federal Reserve.” It belongs to private banks, private corporations. So we have farmed out to the Federal Reserve Banking System . . . the privilege of issuing the government’s money! (Rep. Wright Patman, House, Sept. 29, 1941, Congressional Record, p. 7583)

We have two governments in Washington: one run by the elected people–which is a minor part–and one run by the moneyed interests, which control everything. (Congressman C. Wright Patman, Chairman of the House Banking and Currency Committee, quoted by Studs Terkel in Hard Times, New York: The New Press, 2005, pp. 284-285)

So the idea of a conspiracy owning our government is not some half-baked crazy idea. There is hard evidence demonstrating the fact of control from behind the scenes. Nevertheless, many still scoff at the idea and dismiss it without even consulting the evidence. They just can’t believe such a thing possible. J. Edgar Hoover said:

The individual is handicapped by coming face to face with a conspiracy so monstrous he cannot believe it exists.

Unfortunately, denying the existence of a conspiracy does not make it go away. Perhaps people would just prefer to think that everything is rosy and if they put on horse’s blinders, there won’t be an 800 pound gorilla named ‘conspiracy’ sitting in the corner of the room. But that is not a good attitude to have. We have to wake up and see things for what they really are.

53 thoughts on “The Case for Secret Combinations”