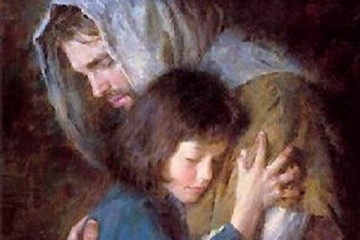 A persons attitude toward the free agency of others is expressed in his political philosophy.

Just as the Lord’s doctrine of free agency is expressed in the civil laws He favors and opposes, even so do the views of men regarding such laws express their beliefs on this all-important subject.

But when this is done, the above statements cover all situations because in forming a complete political philosophy, we classify all acts which it is possible for men to perform into two categories, one of which we would prevent or compel with physical violence, and the other we would not. It is in drawing this line between those acts and omissions we condemn in others, and those we do not, that the extent of our own freedom in the hereafter is determined, We have already seen that God had instituted governments here on earth to execute His divine law of retribution by taking some element of freedom from those who destroy the freedom of others. Let us observe that this law of retribution also operates in the hereafter.

Over and over again, the scriptures emphasize that we will be judged according to our treatment of our fellow men. If we are charitable, we will be placed with the sheep in the Lord’s kingdom rather than with the goats in outer darkness. (Malt. 25:31-46) If we forgive, we may be forgiven. (Matt. 6: 12) If we are just, we may rise in the resurrection of the just and dwell with them. (D&C Sec. 76) If we refrain from exercising compulsion unrighteously, our dominion in the hereafter may be everlasting and flow unto us forever and ever “without compulsory means.” (D&C Sec. 121) In short, we can expect to be treated in the next life as we treat others here.

The exact implementation of this law of the harvest will occur at the end of this life, when we will be divided into groups and each will be consigned to spend eternity with those with whom he is most like.

An unjust person will dwell with those who will treat him unjustly; a kind, forgiving persons will enjoy the companionship of kind and forgiving associates, etc. But the fact which is important to our discussion here is that each person will be with that group who will allow him to exercise no more freedom than he is willing to allow them.

If, during this life, we have been persuaded to believe that the force of government, or any other agency, should be used to deny our fellow men the stewardships which God has given them over their families, their property, and their private affairs, we can be very certain that we will be placed with a group in the hereafter who will hold similar views. With such an attitude, we cannot expect to have stewardships or dominions of our own because we do not believe in them for others and neither will those with whom we will dwell believe in them for us. The poetic justice of God decrees that if we deprive our fellow men of those unalienable rights which, according to the Declaration of Independence, they have been endowed by their Creator, we will lose our free agency to the same extent.

This point is of transcendent importance to those who live under a government subject to majority vote. When God gives a nation the power of self government, He gives them the highest freedom they can possess. Political freedom is more important than any other because upon the proper exercise of this one, all other freedoms depend. The level of freedom in any nation is measured by the civil laws and how they are enforced. Thus, the right of self-government enables each voting citizen to determine whether he will follow or reject the Lord’s plan for protecting the free agency of the human race. But to some extent, the Lord can use political beliefs to judge even those who do not have the power of self-government. Everyone lives under a government of some type and forms opinions regarding the laws enforced by that government. The Lord may use these opinions as a basis for His judgment because they constitute a person’s views on human freedom.

Some may question the justice of enforcing the Lord’s laws of retribution in all nations and judging all men, both here and in the hereafter, by the same standard. However, justification for the existence of government in any nation rests upon the assumption that there is a code of moral behavior which all rational men hold in common and therefore all can be expected to conform their lives to. Unless all citizens have that same standard of good and evil which is expressed in their laws, the enforcement of such laws will create injustice. Some will be punished for committing acts which their consciences tell them are good, and others will be punished for refusing to do what they sincerely believe to be evil.

Fortunately, there is a universal moral standard and it arises out of the universal desire for freedom. While there may be extensive differences between the religious beliefs of the members of any society, there is one desire which all have in common and that is the desire for individual freedom.

Every person, regardless of his religion, training, or background, wants his own liberty of action. He desires the freedom to carry out his own purposes, whatever they may be. It will be remembered that those possessions which are indispensable to the accomplishment of any purpose are exactly the same for every person. To achieve any goal, or exercise freedom in any degree, one must have: (1) Life, (2) Liberty of action, (3) The right and control of property, and (4) Knowledge.

Every rational person knows what injures or destroys these elements of freedom and strongly objects to acts committed against him for this purpose. This knowledge enables him to know what he should not do to others. Being acutely aware of what harms him, he is equally aware of what harms his fellow man. This same knowledge is possessed by people in every age and country.

Murder and mayhem are the same whether committed with a bow and arrow or a gun; theft is theft whether the property taken is a string of beads or an airplane; human bondage consists of the forcible deprivation of liberty, whether the force is exercised by an individual acting alone, or by a group acting in the name of government; deceit consists of the intentional misrepresentation of what one believes to be true, whether by one who is educated or by an illiterate. It is also true that those motives which prompt men to destroy the elements of freedom—hate, envy, pride, lust, revenge, etc.—are the same whether found in the civilized man or the savage.

In this universal desire for freedom and the common knowledge of those acts and intents which destroy its elements, we have a moral standard to which all men can be expected to conform.

Anyone who deviates from this standard, and without justification, intentionally injures or destroys an element of freedom has violated his own standard of right and wrong and may justly be punished. There is no injustice in punishing a person for doing to another that which the actor knows would have been evil if done to him. Furthermore, since every person wants his own freedom protected, and since he wants others to bear their fair share of the burden of protecting the freedom of all, there is no injustice in insisting that each pay his fair share of the taxes and perform other duties which might be necessary to accomplish this common purpose. But this is the only standard which all men hold in common, and therefore anything which is more or less than these freedom-protecting laws “cometh of evil.”

This article was originally chapter 10 of “The Great and Abominable Church of the Devil” by Elder H. Verlan Andersen