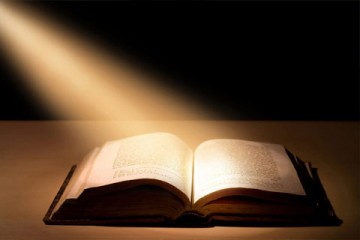 As members of the Church of Jesus Christ of Latter-day Saints we have the responsibility of sharing the gospel and assisting the Lord in establishing His kingdom on Earth. We also have a responsibility to stand up for Freedom. The Prophet John Taylor said:

The Book of Mormon is a Guide for our Lives

We have been blessed with the Book of Mormon which can be used as a guide in fulfilling our duties and in being an effective disciple in this continuation of the War in Heaven on Earth. A war to defend our God-given Agency and Liberty over Force and Bondage of the Adversary.

The Prophet Gordon B. Hinckley reminded us in 2005 the importance of the Book of Mormon as a guide in our lives today:

The Book of Mormon narrative is a chronicle of nations long since gone. But in its descriptions of the problems of today’s society, it is as current as the morning newspaper and much more definitive, inspired, and inspiring concerning the solutions of those problems…

The God of heaven spoke to these people of the Americas through prophets, telling them where true security could be found: “Behold, this is a choice land, and whatsoever nation shall possess it shall be free from bondage, and from captivity, and from all other nations under heaven, if they will but serve the God of the land, who is Jesus Christ” (Ether 2:12). [Gordon B. Hinckley, “A Testimony Vibrant and True,” Ensign, August 2005]

The Prophet Ezra Taft Benson also spoke of the Book of Mormon as a guide to Freedom:

The scriptures also tell about our inspired Constitution. If you accept these scriptures, you will automatically reject the counsel of men who depreciate our Constitution. If you use the scriptures as a guide, you know what the Book of Mormon has to say regarding murderous conspiracies in the last day and how we are to awake to our awful situation today (see Ether 8:18–25). I find certain elements in the Church do not like to read the Book of Mormon and Doctrine and Covenants so much-they have too much to say about freedom. [“A Race Against Time” 17; also in TL 80-81; TETB 81]

Use the Book of Mormon to Expose Falsehoods

Now, we have not been using the Book of Mormon as we should. Our homes are not as strong unless we are using it to bring our children to Christ. Our families may be corrupted by worldly trends and teachings unless we know how to use the book to expose and combat the falsehoods in socialism, organic evolution, rationalism, humanism, etc. Our missionaries are not as effective unless they are “hissing forth” with it. ..our nation will continue to degenerate unless we read and heed the words of the God of this land, Jesus Christ, and quit building up and upholding the secret combinations which the Book of Mormon tells us proved the downfall of both previous American civilizations. [The Book of Mormon Is the Word of God. Ensign, May 1975, 63.]

The Book of Mormon is for All People

The Book of Mormon is not for the Latter-day Saints only, it is for everyone, and is especially relevant to those living on the American continent. The Prophet Ezra Taft Benson spoke on this subject:

I would to God that every citizen of this land might read the Book of Mormon prayerfully and learn something of the prophecies made regarding this land-the promises made and the conditions upon which they are made-that we might as an American people so live that these great promises could be fully realized; that we might come to know that the Constitution of this land has been established by men whom the God of heaven raised up unto that very purpose. [“A World Message” 432; also in TL 213]

The Book of Mormon: A Standard for Liberty

One of the most prevalent topics in the Book of Mormon is that of Liberty and the Lord’s people who fought to uphold it as well as the opposition, the Secret Combination, that sought to destroy it. The Book of Mormon also relates the stories of the great Statesmen of the past; it would be wise that we model ourselves after these powerful men. Consider these inspired words by the Prophet Ezra Taft Benson:

General Moroni, one of the great men of the Book of Mormon, raised the “title of liberty” and on it he inscribed these words:

Why didn’t he write upon it “just live your religion, there is no need to concern yourselves about your freedom, your peace, your wives or your children.”? The reason he didn’t was because all these things were a part of his religion as they are of ours.

Listen to what The Book of Mormon had to say about the man who raised the “title of liberty”:

”And Moroni was a strong and a mighty man; he was a man of perfect understanding; yea, a man that did not delight in bloodshed; a man whose soul did joy in the liberty and the freedom of his country, and his brethren from bondage and slavery;

“Yea, and he was a man who was firm in the faith of Christ, and he had sworn with an oath to defend his people, his rights, and his country, and his religion even to the loss of his blood.” (Alma 48:11,13.)

And Then Moroni is paid this high tribute:

”Yea, verily, verily I say unto you, if all men had been and were, and ever would be like unto Moroni, behold the very powers of hell would have been shaken forever; yea the devil would never have power over the hearts of the children of men.” (Alma 48:17.)

Now part of the reason why we don’t have sufficient Priesthood bearers to save the Constitution, let alone to shake the powers of hell, is, I fear, because unlike Moroni, our souls do not joy in keeping our country free and we are not firm in the faith of Christ, nor have we sworn with an oath to defend our rights.

There is a great and urgent need for men and women today to be like unto a modern-day Captain Moroni.

The War in Heaven Continues on Earth

In 1942 the First Presidency of the LDS Church warned us of Satan’s war against our freedom and also recognized that many are ignorant to this.

Satan is making war against…the very foundations upon which society, government, and religion rest…He plans to destroy freedom-economic, political, and religious, and to set up in place thereof the greatest, most widespread, and most complete tyranny that has ever oppressed men. He is working under such perfect disguise that many do not recognize either him or his methods…He comes as a thief in the night; he is a wolf in sheep’s clothing. Without their knowing it, the people are being urged down paths that lead only to destruction… [First Presidency Heber J. Grant, J. Reuben Clark Jr., David O. McKay, Conference Report, October 1942, p. 14]

While this warning was given over 65 years ago it is still relevant today.  I cannot imagine that Satan would have slowed down in his pursuits to destroy the righteous. I believe the contrary is true and that he and his minions continue on.

The Truth Shall Make You Free

After the so-called defeat of communism many, even those in the movement against it, were lulled back to sleep thinking all is well, unfortunately all is not well in Zion.  Satan is cunning and many of his works are in secret; even today the people of America and the world continue to accept socialism and other false worldly ideas.

It is the responsibility of those of us who are awake to assist our brothers and sisters and bring them out of ignorance and into the light.  “And ye shall know the truth, and the truth shall make you free.” (John 8:32)

I would encourage all of you who love freedom to include the Book of Mormon as one of the tools you use in spreading the message of freedom to others, LDS and non-LDS alike. The Lord told us through the Prophet Joseph Smith that “if ye have desires to serve God ye are called to the work.” (D&C 4:3)

6 thoughts on “The Book of Mormon and Freedom”