History has always been replete with controversial questions–and perhaps always will be. 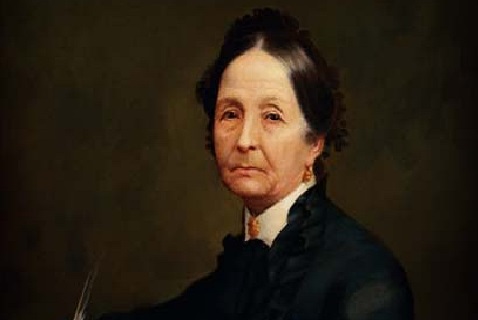 Oftimes these questions afford interesting subjects for discussion. This appears to be especially true in so-called “Mormon History.”

One question which has provoked considerable discussion is: Who authored the beautiful and well-known hymn, “Praise to the Man”

In the L.D.S. hymn books used today in worshipping assemblies, the author is given as W. W. Phelps and to him since 1863, has gone the credit for its authorship.

While there appears to be no question that W. W. Phelps was in the employ of John Taylor, editor and proprietor of the Times and Seasons at the time the poem first appeared in the paper on August 1, 1844, yet its authorship is there assigned to Eliza R. Snow (see facsimile following).

In the L.D.S. paper, the Frontier Guardian, published December, 1849, in Kanesville, Iowa, the hymn, Praise to the Man: was published with its authorship attributed to Miss Snow, as follows: Lines written by Miss Eliza R. Snow, upon the martyrdom of Joseph Smith, the Prophet and Seer.

Under date of December 12, 1849, the Journal History of the Church also names her as author of the hymn.

“During the past years there have been many discussions as to whether the poet who wrote ‘Praise to the Man’ was W. W. Phelps or the poetess Eliza R. Snow. In my opinion there is within itself so much of that particular quality which distinguishes the writings of Miss Snow. To me the poem seems to express her personality every particle as much as ‘O My Father’… I’m certain that she should receive credit for the writing of the poem.”

How then did the story ever get started that W. W. Phelps was the author?

Although there is no evidence that W. W. Phelps ever claimed authorship yet in 1863 it was assigned to him in an English edition of the L.D.S. Hymn Book. It is quite apparent that some employee erred and his mistake has been carried down through the years until this noblest and sweetest spirit in Mormon poetry and song is deprived of the righteous honor of the authorship of this soul-stirring and beautiful tribute to the Prophet and Seer whom she so deeply revered.

This engrossing was done by Mr. Milton H. Ross, Utah’s own and the Nation’s greatest penman, and follows the original version of the hymn as it flowed from the gifted mind of Eliza R. Snow.  Historical accuracy is thus preserved.

Here is a scan of the original “Times and Seasons” (Vol 5 number 14 page 607) the poem was published and attributed to Eliza R. Snow. You will notice one difference between the original verbiage and that of what is in our hymnal today. 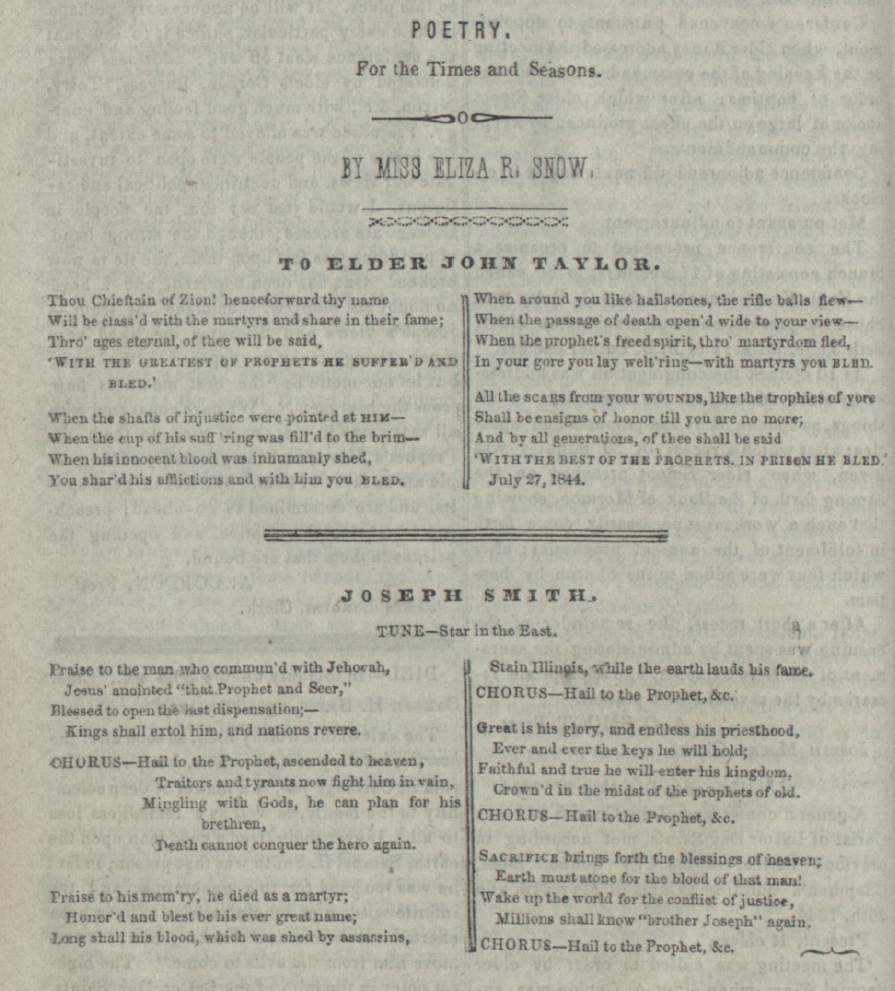