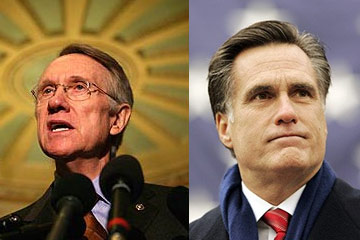 With an increasing number of Latter-day Saints in the public spotlight in recent years, I have heard the idea more and more often that we must support LDS candidates simply because they are LDS. As one commenter said, “United we stand, divided we fall.”

Is this really sound logic? Perhaps proponents of this idea would say that Christ taught we should be “one”, and that if we “are not one, we are not His”.

Though that is true, as an Apostle of the Church, Ezra Taft Benson said:

Would supporting someone, as a candidate for public office, just because they are a member of the Church of Jesus Christ of Latter-day Saints really be a “sound principle”?  Do the varied “Mormon” candidates stand for the same principles?

The Doctrine and Covenants is a great guide in helping to understand what principles to follow when supporting candidates.  The Lord said in D&C 98:10:

The first thing I noticed there was that being a member of the Church was not one of the criteria set forth by the Lord when choosing a candidate.  Additionally, He said that the people we should support must be honest, wise and good.  Are all of the “LDS” politicians out there honest?  Are they wise?  Are they good?

Patriarch Joseph F. Smith said that we should oppose anyone that would weaken the Constitution. (Gen Conf April 1946)

Elder John A. Widstoe warned, “The King-men, and women, are running our government. And, worst of all, we are blindly electing them, or appointing them so they can continue to destroy the things we cherish most.” (Gen Conf April 1944)

In a related article I revealed how some LDS politicians have a hard time standing up for the gospel. Are there Mormons that seek public office that have been, or are now, working to weaken the Constitution and/or destroy the things Latter-day Saints cherish most?

Let’s follow the Lords council on whom to choose to support for public office, which contains no Church membership requirements.

34 thoughts on “Sacred Cow #4: We must support LDS candidates”