Or, wait, was it “Federal Agents Raid LDS Cannery!“? Actually, I’m not going to perpetuate the recent viral story that’s been making the rounds online and via email. The alleged “raid” on a Tennessee LDS (Mormon) Food Cannery, in which Federal agents demanded their customer list, might not actually have happened, but maybe it did. The story hasn’t been officially verified and the original informant cited by the Oath Keepers  website, where the story was originally published, has now recanted his story. 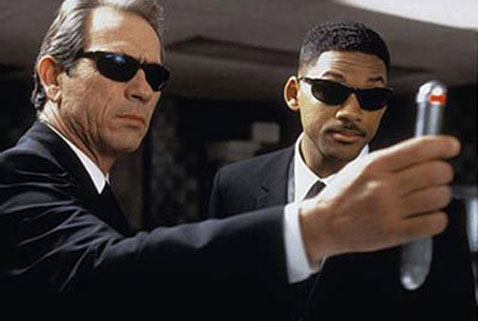 Perhaps the federal agents went back with the neutralizer pen and flashed the people at the cannery.

There are confirmed reports of door-to-door assessments of disaster preparedness in Tennessee, which has some people concerned.

Meanwhile, those of us who do have food storage (as we’ve been counseled to do for decades by latter-day prophets), especially if you are a liberty-minded constitutionalists, are now even more likely to be labeled domestic terrorists thanks to actual federal laws. Some of us have a year or more of food storage, yet having just 7-days worth of food is enough to find yourself on the list of suspects. Don’t believe me? Get the facts from Senator Rand Paul and Judge Napolitano: youtube.com/watch?v=iD1T61oTrR8

Considering the corruption of the federal government and the reality of secret combinations, I wouldn’t be surprised if the story of federal agents demanding the LDS Cannery customer list is true. Far worse has been done on behalf of the United States government, on several occassions, including the murdering of millions of innocents.

Many of the freedoms once available in America have been destroyed. If the Constitution exists at all today for sure it is hanging by a thread. Prophets have warned us for centuries, unfortunately not enough have listened, and less have acted upon those warnings.

Things like this make me even more grateful for the Gospel of Jesus Christ and the liberty and joy that comes as a result of learning and living the truth. When considered in the eternal perspective many of these political issues seem silly, but one thing I know for sure is that it does matter what side we stand on. I’m not talking about what political party we side with, but what political principles we support. It does matter that we stand up for freedom and truth in whatever way that we can. It might be too late for the elders of Israel to save the Constitution but it’s not too late to save your soul, and hopefully others.