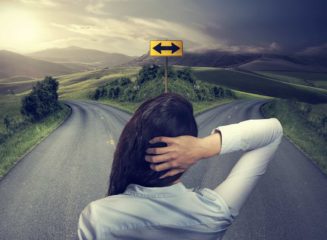 This is the last part of this four part article.  If you have not read the first three articles in this series, here are the links to those:

Author Unknown
We don’t know the origins of this article, other than it is a pdf we came across and felt it to be of benefit to the Saints or those that would call themselves saints.

It is a common but mistaken idea that the leaders of the Church are always going to give us all that we are entitled to live.  All we have to do is to wait for instruction to come over the pulpits, or to have someone knock on our door.  But the Church was placed by its members under restrictive covenant with the government.  What happened to the 3% in 1890 who refused to yield principle?  Did the Lord make provision for those who would live all His laws?

Waiting and watching for the Church leaders to move was the position of the people in the days of Noah. They were certain God would intervene in their behalf.  Weren’t they placing their confidence in their leaders?  God would not require of them all the bizarre things Noah had said.  And they ended up treading water.  They let someone else do the thinking and worrying for them.  And as it was in the days of Noah, so shall it be in the days of the coming of the Son of Man.

It is good to be a full tithe payer.  But can we expect to associate with the Saints who were willing to live the full laws, including the united order and consecration?  The lesser laws remaining in the Church are not enough.  They do not have the power to exalt the Saints.  If we follow every word that has proceeded forth from the mouth of God, we will have eternal progression.  From the beginning of this world, we have been aware of the limitations imposed upon those individuals who were not valiant and who left out principle and ordinance in the pre­-existence.  We cannot live part of the gospel and expect to receive the fulness of blessings.

The scriptures warn, “And there are none that doeth good except those who are ready to receive the f’ulness of my gospel, which I have sent forth unto this generation.”  And, “He that receiveth my law and doeth it, the same is my disciple; and he that saith he receiveth it and doeth it not, the same is not my disciple…” (D&C 35:12; 41:5).  We are not without individual responsibility.  We may always expect a price for truth.  But as Eliza R. Snow testified,

“There is not one principle which God has revealed that is not worth more than our mortal life.”

“There are, however, enough witnesses to these principles to establish them upon the earth in such a manner that they never can be forgotten or stamped out” (Jrnl. of Disc., vol. 21, p. 10).

Let us cease pinning our faith upon the sleeve of another.

“The time is here when the Saints cannot come to Joseph F. Smith, Francis M. Lyman or Charles W. Penrose, or others, for counsel.  But they must go to the Lord and not depend upon the arm of flesh for guidance” (Joseph F. Smith, Salt Lake Temple, 1909).

“But as a responsible being, I am bound to do my own thinking; and when it comes to a question of my eternal welfare, I take the liberty to think for myself” (G. Teasdale, Jrnl. of Disc., vol. 25, p. 14).

“The time will come when no man or woman will be able to endure on borrowed light.  Each will have to be guided by the light with in himself” (Heber C. Kimball, Conf. Rpt. April 1906, 74-77).

It is improper to hear more about following the living prophet, and less about following Joseph Smith’s teachings.  The dead prophets have come to sound like unlearned men, while the current living prophet seems to have become the greatest of all.  We have heard some of the Saints make statements from the sublime to the ridiculous.  Among the latter is, “If I were told to paint the temple red, I would paint it red.”  In addition, “If the President of the Church were to lead me to hell, I would follow him.”  The trouble is, that is just were he would be.  The living prophet cannot tow us into heaven.  It seems to us that the war in heaven was waged over a similar issue.  The stage was set when Lucifer insisted upon showing everyone the right path — all they had to do was to follow him.  And the concept within the Lord’s Church on earth has gotten out of hand. 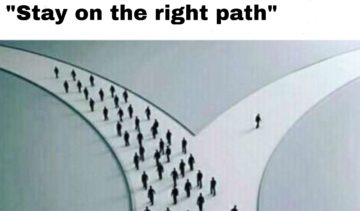 Where do we turn?  We understand the problem, but what is the solution?  Let us learn a lesson from history.  The reason the Church has the lesser commandments is because most of the Mormons demanded changes.  The children of Israel did the same thing, and they were rewarded with 1500 years of darkness and limitation.  Yet, during that time there were prophets continually rising up among them who were living all of the gospel and obeying all of its or­dinances.  The power of godliness is manifested in the ordinances.  They are essential to us.  Moses gave the children of Israel a law of carnal command­ments, and they were governed by them.  But more than 70 of the men of God lived all of the celestial law under the authority of the Melchizedek priesthood.  They were commanded not to give certain things to the people generally, since they had turned from them when it was offered.  Modern Israel has also turned from the full laws.

President Lorenzo Snow gives us valuable in­sight into the situation.

“…Now, do you imagine that there would have been any wrong if the people wanted to find the principles of the higher law and obey them as near as circumstances would admit?  Do you suppose it would have been wrong to search out the fulness of the Gospel, while living under the Mosaic law?  …Alma, by his energy and perseverence had dis­covered the fulness of the Gospel and obtained reve­lations from the Lord, and the privilege of observing the Gospel in all its fulness and blessings.  Do you think the Lord was angry with them?  They were under the Mosaic law, and yet considered it a blessing to observe the higher law” (Jrnl. of Disc., vol. 19, p. 345).

In seeking for our correct position with the Lord, for a knowledge of His acts since the restora­tion, let us again be reminded —

“And when a person grows in the knowledge of the truth and advances to higher principles, he does not receive anything that contradicts any truth he had previously learned, for truth is never discordant with itself.  Truth is eternal, truth is indestructible and never contra­dicts itself” (Charles W. Penrose, Ibid., vol. 22, p. 69).

“The Bible, the Book of Mormon, the Book of Doctrine and Cove­nants, contain the words of eternal life unto this generation, and they will rise in judgment against those who reject them” (Ibid., vol. 22 p. 335).

The other suggestions are sometimes good reading, if the teachings therein do not conflict with the scrip­tures.  But we will be judged in this generation through the Prophet Joseph Smith and his revelations.  We are well advised to be friends with all the principles and ordinances for which he shed his blood in testimony.  Those principles are secured in the earth at the present time by the authority of the Melchize­dek priesthood.  The Lord has protected and preserved his word.

Our divine mission at this time is to prepare for the coming of Christ the Lord.  That is the most important individual mission that we have.  It cannot be done without obedience to celestial law — not a form of them, not a fragment, not modern innovations.

“None of the revelations of the prophets either past or present have been repealed… These revelations re­ceived by our prophets and seers are all of God, and we cannot repeal or disannul them without making God out a liar, and God cannot lie” (L. Snow, Smoot Inv., 1904, 1:8).

The 1890 Manifesto becomes a nightmare, along with subsequent Church actions.

Our mission is to stand up and be counted.  We should be willing to face the contradictions that evil always imposes against the truth, not to foster contradictions within the ranks.

What can we do?  Providentially, there is a remnant who shall remain true to all of the gospel as restored through Joseph the Prophet.  They are the answer to the prediction of Heber C. Kimball et al, who promised that the time would come when the Lord will choose a people out of this people upon whom He will bestow His choicest blessing.  They are they who will stand by the revelations given through Joseph.  They will stand by the word of God, even through un­righteous excommunication if necessary, for believing all of the Lord’s truth. 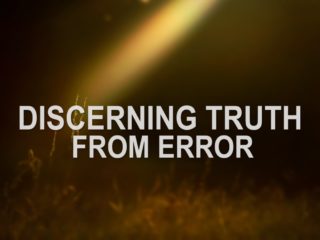 There are still a few valiant, uncompromising men and women, within and without the official Church, whose integrity leaves no room for changing the doctrines and ordinances, breaking the everlast­ing covenant, or for presuming to bestow blessings out of season.  We must look for a remnant who will remain faithful and true, who will not yield to the pressures of this crucial day, and who will refuse to apostatize.  How do we ally ourselves with this rem­nant so we can take part in the mission of preparing the people for the coming of the Lord and setting the house of God in order?  Where is the full gospel, re­stored with all the essential ordinances?  Where is the authority to administer those ordinances?  The gospel has not changed, so the redemptive mechanism has not changed.  Some good advice given many years ago by Wilford Woodruff should be adopted today if we are troubled about the inconsistencies we present­ly face:

“…Go to your secret chambers and ask God and plead with Him, in the name of Jesus, to give you a testimony as He has given it to us, and I promise you that you will not come away empty, nor dissatisfied; you will have a testimony, and light will be poured out upon you, and you will see things that per­haps you cannot see and understand at the present time…” (Conf. Rpt., 6 Oct. 1890.)

It is only sensible that if we want to find the fulness of the gospel in its original form, we must look for the keys held by the man who is living all of the laws, within the structure established by Joseph Smith.  God intends for us to seek out the truth, to deliberately study, to earnestly pray.

Let us follow the living God and His living principles, and the living prophet as he follows them.  Let us sanctify our lives and be prepared to be the people upon whom the Lord will call to assist in building up His Kingdom in great power and glory, and who will be among the privileged to at last sit on His right side in eternity.

Here are some other articles about similar topics that we thought you might enjoy.  They were not done by Mormon Chronicles but we found them to be very helpful.