When we first started Mormon Chronicle back in 2010, we wanted to go after apologists as 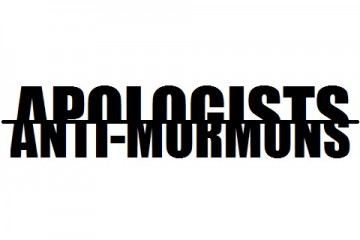 much as anti’s where in they misrepresent the truth.  We did an introductory article on the subject that you can read here, but we really haven’t done what we wanted to when we first started.  We have a testimony of the restored Gospel, and truth is best defended with truth.  We also believe that the mistruths, convenient deletions of facts, etc of some apologists actually do more harm to people’s testimonies than the uniqueness of the Gospel does.  That being said, doing this in the way we felt comfortable proved to be more difficult than we originally imagined.

With this installment, we hope to be able to get back on track with these efforts and provide you with information that can help you come to your own conclusions on the topic presented.

In professional apologist’s attempts to defend the Gospel, they feel forced to change definitions of original meanings.   It may be due to their ignorance on the topic, or because they really want to cover up the facts. Whatever the case may be, they have done it again in relation to Doctrine and Covenants 84:18-19 which reads,

18 And the Lord confirmed a priesthood also upon Aaron and his seed, throughout all their generations, which priesthood also continueth and abideth forever with the priesthood which is after the holiest order of God.

20 Therefore, in the ordinances thereof, the power of godliness is manifest.

21 And without the ordinances thereof, and the authority of the priesthood, the power of godliness is not manifest unto men in the flesh;

22 For without this no man can see the face of God, even the Father, and live.

23 Now this Moses plainly taught to the children of Israel in the wilderness, and sought diligently to sanctify his people that they might behold the face of God;

Instead of looking to what the Lord and Church leaders have said on the topic, FAIR (either ignorant of such statements or think they know better) responded to the controversy with this diversionary tactic,

“The word ‘this’ in verse 22 does not refer to the Melchizedek Priesthood, but rather to ‘the power of godliness.’”

Sadly, changing the meaning of what was said is typical of such professional apologists.  The verses clearly state that it in the ordinances, administered by the priesthood, are what lead the power of godliness being made manifest. FAIR then goes on to describe the change that went over those that have seen God to prove their point, as if that change had any bearing on the question at hand.

This “controversy” doesn’t need to be answered with the changing of original meanings or diversions.  If one just continues to read the section they see that the Lord explains the issue for himself in verse 75,

Expounding that thought, Joseph Fielding Smith also addressed the issue when he said,

“If you will look at the date of this revelation, you will discover that it was given in September 1832, which was two years after the organization of the Church and several years after the appearance of the Father and the Son to the Prophet Joseph Smith.  Therefore, permit me to emphasize this fact:  There is no law or commandment which declares that the Father could not appear to a man in person when the Holy Priesthood was not among men on the earth.  In this day when the divine authority is here and men are appointed to officiate in its ordinances, there is no occasion for the Father to come to any man who has no divine authority.  At a time when the priesthood is conferred, and there are authorized servants who bear divine authority, there could hardly arise a time when the Father and the Son should have occasion to appear to any man who was without that authority.”-Answers to Gospel Questions 5:84-85

This implies that dispensation heads, where the Gospel needed to be either established or restored, were quasi exceptions to the rule.  However, when the priesthood and its ordinances are restored, then the principle remains in force.

The scriptures and Church leaders are so clear on the subject, I marvel to understand the motivation or ignorance behind the attempt to change the meaning of the word of the Lord. This does a disservice to those turning to these paid “defenders of the faith” who may be struggling with their testimonies when they see that the clear meaning is being denied.  Those seeking greater understanding might think that the Church has something to hide (incorrectly equating these apologists with the Church) when they see examples such as this. These apologists then, in effect, direct the struggling individual on a path away from the Lord. The restored Gospel is so invigorating and enlightening, with the word of the Lord and those of His servants, there is no need to stoop to such tactics.