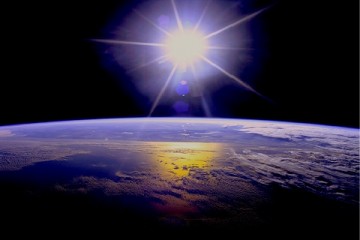 Or “The Improper Role Of Government”

COLLECTIVISM, THE DANGER FROM WITHIN

To me, the most basic and important differences which exist between living conditions in one nation and another are largely accounted for by the differences in the laws of those nations and how such laws are executed. I assume that it is the moral, religious, and ethical beliefs of the people which largely determine what the laws of a republic or a democracy shall be; nevertheless it is the law of the land which guarantees the individual his liberty or makes of him a slave.

We usually explain the differences between life in one country and another by saying the governments are different. In the last analysis, however, it is the law which either puts restraints upon the law enforcement agencies on the one hand, or gives them unbridled power to deal arbitrarily with the citizen’s life, liberty, and property on the other.

Governments are established primarily for the purpose of enforcing a code of moral behavior called criminal law. Man has felt the need to have an agency which is at the same time powerful enough and impartial enough to seek out and punish those who intentionally injure or destroy the life, liberty, or property, of another.

Agreement about what the law should be ceases when we get into the area of administrative law. When the state, instead of merely protecting property rights, adopts measures which are in effect a denial of the right of private property—when the state under the sanction of the law, takes by force the property of one person and gives it to another—when it establishes monopolies, by giving some citizens the privilege of entering into certain economic activities but denies all others this privilege—when the state denies its citizens the freedom to enter business contracts of their own choosing—in short when the state becomes an instrument of plunder and benefits one citizen or group of citizens at the expense of others by doing that which the criminal law forbids the individual to do when acting alone—there is bound to be strong opposition to such measures.

This type of law has become completely acceptable in the United States both on the state and federal level during the last fifty years of our history. It is this fact, together with the continuing growth of such administrative laws, which in my mind represents the real threat of communism.

I have for some time been impressed with the fact that the founders of scientific socialism proposed that their system of government be established in a capitalist nation by means of the ballot box—by the peaceful process of voting into effect those laws which they believed would eventuate in the establishment of communism. Marx and Engels in the Communist Manifesto proposed the use of the democratic process to adopt a system of laws which would bring about the form of government which they proposed. Let us listen to a few excerpts from the Manifesto:

We have seen above that the first step in the revolution of the working class is to raise the proletariat to the position of ruling class, to establish democracy. The proletariat will use its political supremacy to wrest by degrees all capital from the bourgeoisie, to centralize all instruments of production in the hands of the state…

The Manifesto goes on to say—and again I quote:

Of course, in the beginning this cannot be effected except by means of despotic inroads on the rights of property and on the conditions of bourgeois production;…

Clearly Marx and Engels felt it necessary to prepare for the communist coup by first securing the adoption of laws which diminish and destroy the right of private property—laws which I call administrative laws. Let us next examine exactly what their legislative platform consisted of, because they had one. They listed ten separate measures which they considered applicable in the most advanced capitalistic countries. These famous ten points are as follows:

1. Abolition of property in land and application of all rents of land to public purposes.

3. Abolition of all rights of inheritance.

4. Confiscation of the property of all emigrants and rebels.

5. Centralization of credit in the hands of the state by means of a national bank with state capital and an   exclusive monopoly.

6. Centralization of the means of communication and transport in the hands of the state.

7. Extension of factories and instruments of production owned by the state; the bringing into cultivation of waste lands, and the improvement of the soil generally in accordance with a common plan.

8. Equal obligation of all to work. Establishment of industrial armies, especially for agriculture.

9. Combination of agriculture with manufacturing industries; gradual abolition of the distinction between town and country by a more equable distribution of the population over the country.

10. Free education for all children in public schools. Abolition of child factory labor in its present form. Combination of education with industrial production, etc.

Except for the last measure proposed, which deals with state control of education, each of these ten proposals recommends a law aimed at the destruction of the right of private property. Marx and Engels freely admitted their purpose. At one place in this same document we find this statement: “The communist revolution is the most radical rupture with traditional property relations.”

And still another indication of their purpose is found in these words: “In this sense the theory of the communists may be summed up in the single sentence: ‘Abolition of Private Property.’”

Just as Marx and Engels and their successors have proposed the adoptions of laws designed to destroy private property as the means of creating a communist slave state, so those who have been advocates of individual freedom have proposed laws which would protect this right.

Those who framed the U.S. Constitution for the purpose of securing the blessings of liberty to themselves and their posterity included therein a provision that no person should be deprived of his life, liberty, or property without due process of law and that private property could not be taken for public purposes without just compensation.

I ask you to make a plan to achieve any noteworthy goal and then envision how you would succeed if you were denied the right to own and/or control property. The right of private property is the means to all of our ends; it is the limiting factor in our dreams and ambitions; it is the extension of our faculties and may raise them to the nth power. Without the right of private property, the individual is harmless, helpless, and hopeless.

As one might suspect, because of my feeling that the right of private property lies at the basis of all real freedom, the changes which have occurred during the past fifty years in our American form of government concern me greatly. As I have studied the situation which exists in our country. I have reached a conclusion similar to that arrived at by Ben Moreel in a speech in Chicago nearly ten years ago. Mr. Moreel, chairman of the Board of Jones and Laughlin Steel Corporation, delivered a speech entitled, To Communism: Via Majority Vote. After reviewing the ten points of the Manifesto he concluded thus: But this startling fact cannot be denied: since Marx enunciated his doctrine slightly more than one hundred years ago, we Americans have adopted in varying degrees…practically his entire program.

Aside from the possibility that we might be destroyed in the process, there is nothing which can stop us from becoming a completely socialized or communized nation if the majority of the people desire this to happen. If it is brought about it will be because, on the one hand, the majority do not want the responsibility of caring for their own economic needs, and on the other hand, the politicians readily and willingly accept this responsibility and the power which goes with it.

The Book of Mormon is a unique witness and warning to America about other civilizations who went down this path. J. Reuben Clark wrote about the fullness of iniquity of the Jareditic civilization and what they did to their government.

“We are not given the step-by-step backsliding of this Jareditic civilization till it reached the social and governmental chaos the record sets out, but those steps seem wholly clear from the results. Put into modern terms, we can understand them. First there was a forsaking of the righteous life, and the working of wickedness; then must have come the extortion and oppression of the poor by the rich; then retaliation and reprisal by the poor against the rich; then would come a cry to share the wealth which should belong to all; then the easy belief that society owed every man a living whether he worked or not; then the keeping of a great body of idlers; then when community revenues failed to do this, as they always have failed and always will fail, a self-helping by one to the goods of his neighbor; and finally when the neighbor resisted, as resist he must, or starve with his family, then death to the neighbor and all that belonged to him. This was the decreed “fulness of iniquity.” “(Stand Fast by our Constitution, p. 177, J. Reuben Clark)

“…Even in man’s pre-existent state, Satan sought power to compel the human family to do his will by suggesting that the free agency of man be inoperative. If his plan had been accepted, human beings would have become mere puppets in the hands of a dictator, and the purpose of man’s coming to earth would have been frustrated. Satan’s proposed system of government, therefore, was rejected, and the principle of free agency established in its place…. Any form of government that destroys or undermines the free exercise of free agency is wrong.” (The Improvement Era, Feb. 1962, p. 87, President David O. McKay)

President McKay further clarified the system he was describing when he said in 1966,

“The position of this Church on the subject of Communism has never changed. We consider it the greatest satanical threat to peace, prosperity, and the spread of God’s work among men that exists on the face of the earth.” (Conference Report, April, 1966. pp. 109-110, David O. McKay)

Was he opposed only to Communism? Referring to the economic system of Communism he stated, when talking about the direction of America

“During the first half of the twentieth century we have traveled far into the soul-destroying land of socialism…” (Gospel Ideals, p. 273, David O. McKay)

20 thoughts on “Socialism: Frustrating The Purpose of Man”