During the late 1990’s, my friends and I ran a nightclub for Swing dancing. We devoted 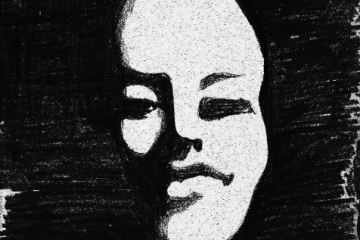 a lot of our time, money, and energy to Swing in those days, including trips to concerts hours away that saw us returning home sometimes at 6am.

Woe unto them that call evil good, and good evil; that put darkness for light, and light for darkness; that put bitter for sweet, and sweet for bitter! (Isaiah 5:20)

This verse faithfully decribes one of the Adversary’s most successful schemes at work today: the “turning of things upside down” (Isa. 29:16).

As we study history and the scriptures, we see that the Adversary has a pattern of mimicking what the Lord does, but in a mocking and irreverent way.

• Satan originally feigned compassion to “save” humanity from the consequences of their own choices;

• “[U]ntil the day that Noah entered into the ark,” Satan had his followers “marrying and giving in marriage” (JS-Matt. 1:42), in a mockery of the temple ceremony that Noah’s children were familiar with;

• In all ages, Satanic/Luciferian cults have included pseudo-religious aspects such as false priesthoods, baptism in blood, and so forth…

• “Every valley shall be exalted, and every mountain and hill shall be made low: and the crooked shall be made straight, and the rough places plain” (Isa. 40:4).

…so Satan has also sought to display his power in a program of opposites.

Unfortunately, we can see the success of Satan’s program all around us, as we recognize things that are no longer as they once were. The greatest tragedy is that these things are abundant among the Latter-day Saints who should know and act better, being the Lord’s covenant people in the last days.

The following is a brief discussion of many of the more popular ways in which we are all being enticed to “put light for darkness, and darkness for light.”

Evil as Good, Good as Evil

Hollywood creates heroes out of vile characters who drink, smoke, use drugs, practice perverse and pervasive sexuality, and always seek violent revenge against their enemies. Video games, like Grand Theft Auto, put the player into the first-person experience of being one of these “heroes.” At the same time, anyone who seeks to avoid these things, or speaks out against them, is reviled. I was mocked by family members, most of them LDS, for refusing to watch a violent R-rated movie with them. I am not a prude, but there is a difference between a character who learns to correct his sinful ways, and one who celebrates and flaunts them. Examples of this category: James Bond, Mad Max, Yojimbo, John Wayne.

Darkness as Light, Light as Darkness

Nowadays, everywhere you turn you see skulls – on shirts, shoes, hats, lunchboxes, baby clothes… everywhere! Movies and bands present dark, eery worlds, full of monsters, shadows, depression, and hate, often presenting these things in a positive light – the black clothes, the candles, the creepy-looking and offensive. One band that I recall from the late 90’s had a t-shirt with the slogan, “We hate love. We love hate.” My wife and I refer to all this as “The Cult of Death.” I know of what I speak because I was once heavily involved in the Gothic music scene. My wife and I were also huge fans of films such as Tim Burton’s, The Nightmare Before Christmas. We liked all the bats and the skulls and the other stuff. But, as we began to focus on aligning our lives with the Gospel, we began to ask ourselves how the Lord probably felt about these things. Honestly, I can’t imagine Jesus approving of mangled, bloody monsters, or of a film that makes such things attractive to children, since everything He did was to bring us light and life. Joseph Smith said,

If there is anything virtuous, lovely, or of good report or praiseworthy, we seek after these things. (The Articles of Faith 1:13)

Beauty as Ugliness, Ugliness as Beauty

In today’s world, there are official trendsetters who determine what we see as beautiful. Their most powerful tools, known as “supermodels,” are the standard by which we are told we must gauge beauty. In reality, they are woman masquerading in the bodies of prepubescent girls. To achieve this, most of them practice either bulimia or anorexia because they see their normal figures as too large. Normal women and girls see these supermodels and typically have one of two reactions: they either begin to also see themselves as grotesque, or they buy into another one of Satan’s markets, the “be yourself” fad, which always seems to include not being oneself, but instead altering one’s body with tattoos, piercings, brandings, gromets, ratty hairdos, etc. Normalcy, modesty and cleanliness are rejected as “nerdy” and “uncool.”

Today’s popular music is almost entirely ugliness, including graphic rape, intense violence, and nearly constant swearing, not to mention the prevalent disrespect for women. Not long ago, I had a discussion with a non-LDS friend about the stuff that gets passed off as Christian music today. She said that she liked some of the Christian “screamcore” music (which, if you are not familiar, is just what it sounds like it would be). My response was that I found it hard to imagine that anyone would play music like that in front of the Savior. This music is not only ugly, it is also full of rage, which is the opposite of the peace we are promised from the Spirit.

Peace I leave with you, my peace I give unto you… Let not your heart be troubled, neither let it be afraid. (John 14:27)

Freedom as Tyranny, Tyranny as Freedom

For the earth is full, and there is enough and to spare; yea, I prepared all things, and have given unto the children of men to be agents unto themselves. (D&C 104:17)

That every man may give an account unto me of the stewardship which is appointed unto him. (D&C 104:12)

Men as Women, Women as Men

Today we are surrounded with deviant sexualities and confusion over “gender identity.” Things like cross-dressing, transgenderism, homosexuality, and metrosexualism are promoted with vigor by Hollywood, the music and television industries, and even governments. Satan’s plans are being implemented despite outcries and opposition from the public, and individuals are ostracized and punished if they speak out. With sexual deviancy celebrated and protected in the workplace and military, we are being surrounded with sexual perversion so that it is everywhere we look, and there is little chance of escaping its influence. There is even a cartoon targeting elementary school children which depicts a young boy who turns into a woman superhero.

In this same vein, Satan also seeks to remove any distinctions between women and men, by promoting the notion of women in the workplace, and in the military, instead of raising families.

We further declare that God has commanded that the sacred powers of procreation are to be employed only between man and woman, lawfully wedded as husband and wife… Gender is an essential characteristic of individual premortal, mortal, and eternal identity and purpose… By divine design, fathers are to preside over their families in love and righteousness and are responsible to provide the necessities of life and protection for their families. Mothers are primarily responsible for the nurture of their children. (The Family – A Proclamation to the World)

Adults as Children, Children as Adults

It might seem anticlimactic to end on this subject, but I think it is one of Satan’s most effective tools, and one that more deeply affects Latter-day Saints because it seems so benign.

My dad used to have a t-shirt with the slogan, “I may get older, but I refuse to grow up!” This basically sums up this issue. While today’s “adults” spend their time playing video games on their expensive consoles or on facebook, and arguing over children’s games such as football, their children are dressing provocatively, having sex, doing drugs, becoming atheist, and making many other important, eternally significant, life decisions that require maturity and experience they do not have.

Well, Satan knows something you don’t, or that you choose to ignore. It is this:

All that is necessary for the triumph of evil is that good men do nothing. (Edmund Burke, as quoted on quotationspage.com)

The Devil knows that if the Elders of Israel should ever wake up, they could step forth and help preserve freedom and extend the gospel. Therefore, the Devil has concentrated, and to a large extent successfully, in neutralizing much of the priesthood. He has reduced them to sleeping giants. (Ezra Taft Benson, Teachings of Ezra Taft Benson, Salt Lake City, Utah: Bookcraft, 1988, p. 619. As quoted in Robert E. Hales, Secret Combinations Today: A Voice of Warning, Bountiful, Utah: 1996, p. 9.)

God is a man, not a woman or a child. He lives in realms of beauty and glory. He surrounds Himself with truth and light. He grants freedom to all of His children. All that our Heavenly Father does and desires for us has the purpose and intent of causing us to become like Him. If we are to do that, we must learn to recognize Satan’s efforts, his lies and counterfeits, and separate ourselves from them. Now is the time for us to be men and women of God, sanctified and set apart from the things of the world.

Love not the world, neither the things that are in the world. If any man love the world, the love of the Father is not in him. And verily I say unto thee that thou shalt lay aside the things of this world, and seek for the things of a better. For behold, this is my work and my glory—to bring to pass the immortality and eternal life of man. And if thou art faithful unto the end thou shalt have a crown of immortality, and eternal life in the mansions which I have prepared in the house of my Father. (1 John 2:15, D&C 25:1)

12 thoughts on “Light For Darkness”