Skip to content
Frequently we hear the accusation that to be Mormon is to be racked with guilt. In a Sunday School class I was teaching 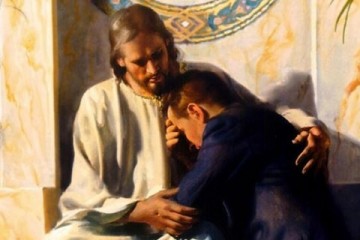 recently, a teenage girl revealed to the class that her brother, an atheist, claimed to be free from guilt now that he had left the Church. As a very green missionary, my companion and I spoke to an ex-member who told of leaving the Church to become “Born Again,” and how she was now much happier since she was no longer burdened with the guilt she had felt as a member.
Just how true are these allegations? Is Mormonism really a religion of guilt? In this article, I will show that we are, in fact, a religion of guilt, that there are two kinds of guilt, and that our reactions to these two kinds of guilt help shape our earthly experiences–and our eternal destinies.
Lead, Kindly Light
Perhaps we should begin by analyzing the actual issue. Just what is it that we are feeling guilty about? Did you forget to say your prayers? Did you skip scripture reading to watch a movie? Take the Lord’s name in vain? Spew profanities at everyone on your drive home from work? Should we feel guilty about any of these things? Which ones, and why?
According to lds.org, “Righteous decisions and obedience to the commandments bring peace of conscience. When we sin, we feel remorse or guilt… This is the natural response of our conscience to sin, and it can lead us to repent.” (Gospel Topics, ‘Conscience’)
The Savior Himself told us that He would send the Holy Ghost, whose mission would, in part, be to “reprove the world of sin.” (See John 16:7-8.) If the Holy Ghost communicates to us via a “still, small voice” which is more often felt than heard, how else would we feel this reproof than in the manifestation of guilt? Later in the same chapter, Jesus informs us that it is only through Him that we will find peace, that following the world will only bring us “tribulation.” (John 16:33) Tribulation can be many things, and outwardly reveals itself as violence and discontent. Inwardly, though, the tribulations of the spirit always include guilt.
Can a person be past feeling guilt? They can, but it is the feeling–the recognition–of their guilt which subsides as they continually ignore the influence of the Holy Ghost. The guilt is still there, they just pretend it isn’t or they try to make themselves forget. Of course, this condition is only temporary, as Elder Richard G. Scott reminded us during the October 2004 General Conference: “…a disturbed conscience can be temporarily masked by physical stimulation of the mind and body where one yields to the temptations of alcohol, drugs, pornography, and worse. All this at the cost of an increased appetite for false efforts to calm an aching conscience with the risk of incurring unrelenting addictions.” (“Peace of Conscience and Peace of Mind,” Ensign, Nov. 2004.) In their attempts to disregard the prodding of the Holy Ghost, many immerse themselves in sin and cover their emotions with mindless pleasure of one kind or another, or they remove their minds from the uncomfortable experience with harmful substances. 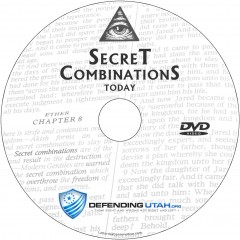 Discussing this in the third person is kind of disingenuous, of course, for we are truly all guilty.
When we choose to obey the commandments we are blessed with peace; when we choose to be disobedient we feel a tinge of regret. When we allow ourselves to be influenced by that “pricking of the heart” (Jarom 1:12) we find a return to peace, but ignoring the Spirit only leads us to the regrettable position of having “quench[ed] the Holy Spirit” (Jacob 6:8), like pouring water on a flame, leaving ourselves unable to be led to repentance. The scriptures have a name for this: “But…they will not hearken unto me: for [they] are impudent and hardhearted” (Ezekiel 3:7, emphasis added).
A “hard heart” is merely a creative euphemism for pride: our hearts cannot be pierced by the pricking of the Spirit. We pridefully choose to place ourselves–our own desires and severely limited intelligence–above those of an infinite, omniscient God.
Now, let us revisit the examples from our opening paragraphs, keeping in mind that there are two forms of sin: those of omission (the sin of not doing something we should have), and those of commission (the sin of doing something we should not). Forgetting to pray is a sin of omission, one so serious that the Lord Himself appeared to the brother of Jared and personally chastised him for three hours! (See Ether 2:14.) Should one feel guilt over this? The Savior thinks so!
Skipping scripture reading to watch a movie would also be a sin of omission, replacing a worthwhile endeavor with worthless entertainment. Ever felt guilty about that one? I hope so!
Unlike the others, swearing is a sin of commission. Such terms are disrespectful and generally sexual in nature. The Lord informs us that “if it be defiled I will not come into it, and my glory shall not be there; for I will not come into unholy temples” (D&C 97:17). Although the temple He is speaking of here is a literal building, the apostle Paul makes clear that on a deeper level He is also talking about us: “If any man defile the temple of God, him shall God destroy; for the temple of God is holy, which temple ye are” (1 Cor. 3:17). Your sin (foul language in this case) creates an inhospitable environment and for a time God is unable to send the Holy Ghost to influence you for good. An appropriate cause for guilt? Certainly.
We have established that there are many situations where guilt is appropriate. I have only addressed a few here, but if the Celestial Kingdom is our goal then we have much to overcome as we seek to rise above our sinful state. Says King Benjamin: “I cannot tell you all the things whereby ye may commit sin; for there are divers ways and means, even so many that I cannot number them” (Mosiah 4:29). With this in mind, we should begin to put our sins behind us one by one–and leave them there!–all the while thanking God for a conscience to guide us.
Get Thee Behind Me, Satan
Whenever God establishes a good thing, the Adversary provides his own perverted substitute. As I mentioned earlier, there are two kinds of guilt, or rather there are two sources of guilt. Daily we are inundated with influences to choose from, the good spirits and the bad. In our haste to rush through life, we often turn our backs on the very weapons and armor the Lord has provided for our spiritual and physical protection. The Apostle Paul describes exactly what these are in Ephesians chapter 6, including prayer and a firm knowledge of the Gospel.
Without these protections, Satan and his servants are able to convince us that right is wrong, or that we cannot be forgiven of sins we have committed. This fosters in us feelings of guilt which are inappropriate. An LDS friend of mine was mentally and physically abused by her non-LDS ex-husband. He convinced her that she was worthless. In her despair, she took up smoking and other vices. This, in turn, created feelings of guilt which served to enforce the terrible things she had been led to believe about herself. Such an experience is difficult to overcome; it is a spiraling pattern which is ingeniously evil by design.
Where Can I Turn for Peace?
While the guilt my friend experienced was at first false, through her poor choices it became mingled with true guilt, leaving her in a confused and overwhelmed state. What can she, and others like her, do to once more feel that peace promised by the Savior? The answer, of course, is in the question. Said He, “O… ye that have fallen…how oft will I gather you as a hen gathereth her chickens under her wings, if ye will repent and return unto me with full purpose of heart” (3 Nephi 10:4-6).
It is only logical, really, that our return to peace comes as we return to following in the Savior’s footsteps. People in abusive situations are often so filled with false guilt that they begin to believe they are unworthy to approach our Heavenly Father in prayer; they stop attending church and searching the scriptures for ways to improve themselves. These spiritually harmful choices can be rectified, which will provide an opportunity for the Holy Ghost to come flooding into their lives, providing a source of companionship and guidance as they regain their proper and healthy sense of self. Through study and prayer it gradually becomes obvious from which source a particular sense of guilt has originated.
For the rest of us who are not forced away from the Spirit, who simply choose to reject good counsel, the answer is the same: we must go back into the light and allow ourselves to be led to repentance, the only sure relief from that guilt which we deserve. Who would ever have thought that all those generic answers from Primary would turn out to actually be the answers we need as adults?

7 thoughts on “Guilty As Charged”