This past election was a watershed moment in time. Everyone, on both sides of the political spectrum, is in agreement about that, but for very different reasons. Everything has changed. 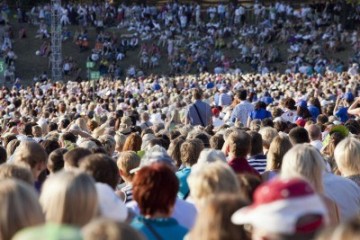 Until recent decades, the majority of Americans stood steadfastly for certain core values, whether liberal or conservative. A back-and-forth tug-of-war dominated politics and ensured that neither philosophy could dominate for long. But now, that’s over.

Curiously, the Book of Mormon prophet, Mosiah, had something to say on this subject.

For over 200 years, the self correcting nature of our political system worked just as Mosiah explained. Mosiah referenced what we have called “the moral majority” in our time, those who possess the innate goodness manifest by a free people. This “voice of the people,” according to Mosiah, could be counted on to steady the ship of state with the ballast of common sense and tiller of personal responsibility.

But that may be lost to us now. What most Americans do not comprehend is that the creeping secularism on the left has infiltrated and infected every aspect of our lives, altering and eroding traditional American values. Like a metastatic cancer, it has overwhelmed the body politic, leaving us morally and culturally bankrupt.

Once a marginal movement in American culture, progressive secularism has grown greatly in the last three or four decades, in both political and social influence. With the outcome of this election, the door was thrown open wide to further and radically revise traditional American values. That trend may now be irreversible.

Secularism has won the day. Conservatism is in decline. The so called “moral majority” in America is no longer the guiding hand in American politics. Radical, politically correct and progressive notions and institutions are now dominant, the order of the day.

Those living on the public dole, whatever form that takes, represent nearly half the population, giving rise to a dominant entitlement culture in America, displacing the self sufficient, individualist attitude that has characterized the majority of Americans for generations. These who are dependent upon on one form of public assistance or another will invariably elect a leader who will promise to give them more benefits, more perks.

The reelection of Barak Obama confirms this. It is a sure indication, an overt manifestation of the topsy-turvy state of affairs in America today.

Mosiah also cited what will happen to any nation occupying “this land” when the majority loses its bearings.

And if the time comes that the voice of the people doth choose iniquity, then is the time that the judgments of God will come upon you; yea, then is the time he will visit you with great destruction even as he has hitherto visited this land. (Mosiah 29: 27)

In the simple and straightforward manner typical of Book of Mormon prophets, Mosiah calls poor judgment “iniquity.” With this past election, it’s clear that the voice of the people, the majority, has chosen poorly.

If, in your opinion, that is an overstatement, if you disagree, just give it a little time to see how this all plays out. We will all be made to suffer for this debacle.

Further, Mosiah emphatically declares that “the judgments of God” will come upon us for acquiescing to such perfidy. Clearly, if we haven’t sensed it before, we will soon be forced to acknowledge that we are all on board a fateful Titanic.

What is also clear is that the righteous will not be exempt from these chastisements. They seldom are, given the historical record. In fact, if there is a truism that can be distilled from the Nephite record, it is that. So those of us living out the “Nephite nightmare” in our day and time cannot expect our righteousness to exempt us from what Mosiah promised.

The message for us in this crucial moment in American history is, What form will these “judgments of God” and “great destruction” take? To answer that question, we must turn again to events in Nephite history, since that would have been Mosiah’s perspective when he cited judgments and destruction.

While there were many wars, contentions, a drought and predations by Gadianton robbers in Nephite history that could be called judgments, there was one destruction that far exceeds the rest, which immediately leaps to mind. You can read about it for yourself in 3 Nephi. I strongly suggest you do, because like all Nephite ills, this woe awaits us who occupy “this land.”

19 thoughts on “The Voice of the People”