The key factor that determines success in any journey is locating oneself on the map. This concept is self-evident. Simply enter any shopping mall and find the map. Inevitably, you will see a symbol indicating “you are here”. Instinctively you will look for it before proceeding. If you do not know where you are, how can you expect to get to where you think you are going?

In the fifteenth chapter of Luke, the Savior tells the story of the shepherd who has an hundred sheep and when losing one leaves the ninety and nine to reclaim the one. Please allow me a modern adaptation of the first seven verses of that chapter. 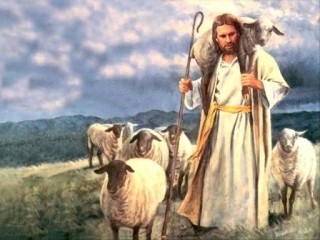 Jesus was having a Sabbath meal at the home of a prominent church member. He healed a man with a chronic abdominal sickness as the guests looked on. He had a large crowd that was traveling with him. He taught them by telling illustrative stories. As he spoke the coarser working-class guests drew nearer to hear him and the more mainstream guests complained saying, “This man hangs out with jack-Mormons.” Jesus, seizing the moment, taught a great truth that not all understood.

“Which of you, if you were a shepherd with one hundred sheep and having lost one, would you not leave the ninety-nine in the wilderness to go find that one lost sheep? And when you found it, wouldn’t you celebrate and lift it up on your shoulders? And wouldn’t you bring it home to your loved ones who would also rejoice with you as you explained, ‘I have found the sheep that got lost.’”

He continued, “Heaven delights in the same way for even one sinner who repents,” and then after pausing and looking at the mainstream church members with a wink he finished, “far more than Heaven cares for ninety-nine people which need no repentance.”

Jesus paused again and the words lingered heavy in the air. Those who had ears to hear did hear. And the Savior continued to further illustrate the point by telling the story of a woman’s lost coin and the reckless and wayward son.

This story of the sheep might have been more impactful to us if the lost item were our cell phone, or an iPad  or our credit card, or maybe even tickets to the BYU-Utah football game. We might actually begin to understand the rejoicing of Heaven. But without the images of the sheep and the shepherd, the meaning of the story would be lost just as we are lost in our mortal journey. To get where we need to go, we must find out where we currently are. Understanding where we are is difficult. It can be humbling. Often we learn the truth of this from heaven versus figuring it out on our own, if we are willing to listen. The key to this critical understanding is the statement about the ninety-nine having no need of repentance.

My next point requires no scriptural support. Who among us; all of us; any man who has ever walked the earth, other than Jesus; which of us has had no need of repentance? Reconsider that for a moment. Even after all we have personally done to right the wrongs of our lives, we cannot say that we are without spot. Can we? YOU ARE THE ONE. You are not the ninety-nine. This is a beautiful epiphany. The entire gospel is for you. The scriptures are written directly to you. The words of Amazing Grace should ring resonantly in your ears. I once was lost, but now am found, was blind but now I see. This is the understanding that changes hearts and changes lives. The beauty of the plan our marvelous and loving Father in Heaven created for us is that Jesus Christ can actually save us IF we admit where we are and confess Him, the Savior that we desperately need.

Jesus sought me when a stranger wandering from the fold of God. He to rescue me from danger interposed his precious blood. Prone to wander, Lord, I feel it, Prone to leave the God I love; Here’s my heart, O take and seal it, Seal it for Thy courts above.

Why am I so proud as to think I do not desperately need Him? Why would I not want to be called His. Why would I recoil in shame or feel enslaved by submitting to His light?  Can the feeble candle that I hold compare to the light of the sun?  HE IS. He ascended up on high. He comprehends all. He has experienced the lowest depths. He is the light of the sun and the power by which it was made. He is the light of all the heavenly bodies and the power by which they were made. His light gives us light. It enlightens our eyes and quickens our understanding. It fills the immensity of space and casts out all darkness. His light gives life to all things. (D&C 88:6-13) He lends us breath and supports us from moment to moment that we may live and move and do according to our own wills. (Mosiah 3:21) He is over all and in all and through all. His light is in us. (D&C 63:59)

Being part of the ninety-nine (who were left in the wilderness) for most of my life, I’ve had a marvelous awakening recently as I’ve unraveled the unbelief that has plagued my soul. As I’ve been shown where I stand on the map, I realized I was not actually anywhere near where I thought I was. And where I thought I was headed was a mirage. I misunderstood the parable of the lost sheep. Maybe there are other aspects of the gospel that I missed.

The brother of Jared has an interesting exchange with the Lord in Ether chapter 3 that illustrates my point. Starting in verse 7, the Lord had just touched the 16 stones and lit them with his finger. The Brother of Jared recoiled thinking the Lord would smite him. After explaining that he had seen the Lord’s finger he declares, “Lord show thyself unto me.” The Lord’s response took me by surprise. He asks, “Believest thou the words which I shall speak?”

Are you going to believe what I am about to tell you? What a strange question to ask someone who had the faith to see your disembodied hand light 16 stones that were to be used to light fully enclosed boats you had directed the man to build to cross the great ocean with his family and friends. What this is telling me is that we tend to have great difficulty hearing what God is actually telling us. He that hath ears, let him hear. We would rather believe the interpretations of men. (so long as they are mingled with scripture…)

The brother of Jared’s experience illustrates what we are missing if we stay in the wilderness with the ninety and nine. His journey mirrors Nephi’s path. Nephi explains the keys as he summarizes the doctrine of Christ in chapter 32 of Second Nephi. Read and ponder his words. He wrote them to the one. Like Nephi I appreciate plainness, and I will leave it to him to inform you. Besides, I know very little. If you are the one, you may already know what I’m talking about. I’m talking about the promised land, the fruit of the tree, or in other words, the fullness of the Gospel.

3 thoughts on “The Ninety and Nine Which Need No Repentance”