God, our Father, has a singular work and glory, to bring to pass the immortality and Eternal life of man. To achieve this end he established a plan whereby man would descend to a fallen state and would be proved to see if he would be faithful to his Creator. If found worthy man will inherit all that the Father hath. A son becomes like his Father.

There are two key aspects of this plan of salvation. First is the agency of mankind. Man must be free to choose. He may choose liberty and Eternal life or captivity and death. Freedom is essential. Second, since the natural man is an enemy to God and would transgress His laws, a Savior would be provided. Of his own accord, the Savior would satisfy justice by making intercession for the fallen man. Life and liberty, time and knowledge are required that man might repent and freely choose who he will follow and who he will become while navigating this tumultuous veiled mortal experience.

In his inspired declaration, Jefferson proclaimed these self-evident truths, that all men are created equal, that they are endowed by their Creator with certain unalienable Rights, that among these are Life, Liberty and the pursuit of Happiness. Surely these are essential elements we require to become like God. Life, liberty and property together with faith in the Lord Jesus Christ constitute the cornerstones of the historic freedom of America.

In this mortal world, war is the one constant. It comes in many forms and is a continuation of that war in heaven. It is the embodiment of the epic conflict between good and evil. Ultimately it ends in violence, bloodshed and physical dominion. War is the most powerful tool of the adversary. His one goal: To thwart the plan of God.

The reader may wonder at the setup thus far. It is crucial that the basic foundation be laid to support the following true principles. In large measure America has been deceived. Christians, including the LDS, are among the most apt to fall prey to this delusion. War is the ultimate trap. The first casualty of war is truth. (– Aeschylus). Unrighteous dominion is the hallmark of the adversary. 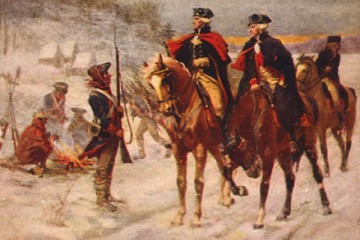 The Constitution of 1787 of the 13 newly independent but united nation states specifically outlines the criteria for legal wars. Our Founding Fathers keenly understood that the power to make war MUST be guarded and kept by the people, lest a king arise. Legal power to declare war is reserved to the Congress only in Article I Section 8.

A contest between nations or states, carried on by force, either for defense, or for revenging insults and redressing wrongs, for the extension of commerce or acquisition of territory, or for obtaining and establishing the superiority and dominion of one over the other. These objects are accomplished by the slaughter or capture of troops, and the capture and destruction of ships, towns and property. Among rude nations, war is often waged and carried on for plunder. As war is the contest of nations or states, it always implies that such contest is authorized by the monarch or the sovereign power of the nation. When war is commenced by attacking a nation in peace, it is called an offensive war, and such attack is aggressive. When war is undertaken to repel invasion or the attacks of an enemy, it is called defensive, and a defensive war is considered as justifiable. Very few of the wars that have desolated nations and deluged the earth with blood, have been justifiable. Happy would it be for mankind, if the prevalence of Christian principles might ultimately extinguish the spirit of war, and if the ambition to be great, might yield to the ambition of being good. Preparation for war is sometimes the best security for peace.

This is the premise from which the Founding Fathers worked. James Madison’s insight on the subject is invaluable.

Of all the enemies to public liberty war is, perhaps, the most to be dreaded, because it comprises and develops the germ of every other. War is the parent of armies; from these proceed debts and taxes; and armies, and debts, and taxes are the known instruments for bringing the many under the domination of the few. … No nation could preserve its freedom in the midst of continual warfare. (“Political Observations” (1795-04-20); also in Letters and Other Writings of James Madison (1865), Vol. IV, p. 491)

These principles are unambiguous. The purpose of war is dominion, to enslave self and foe alike. Many millions of the souls of our brothers and sisters have been sent unprepared to the hereafter. They have had their progression arrested prematurely. Others have been shackled in un-repayable debts. We have been maimed, wounded, blinded, and enslaved all for dominion, allbecause of secret works, seeking for power (Moses 6:15). The freedom of this land is clearly at stake.

The follower of Christ ought to tread lightly. The holder of the priesthood should take notice.

When we … exercise control or dominion or compulsion upon the souls of the children of men, in any degree of unrighteousness, behold, the heavens withdraw themselves; the Spirit of the Lord is grieved; and when it is withdrawn, Amen to the priesthood or the authority of that man. … We have learned by sad experience that it is the nature and disposition of almost all men, as soon as they get a little authority, as they suppose, they will immediately begin to exercise unrighteous dominion. (D&C 121:37-39)

The Doctrine and Covenants warns that offensive war is not moral unless the Lord himself commands it.

And if any nation, tongue, or people should proclaim war against them, they should first lift a standard of peace unto that people, nation, or tongue; And if that people did not accept the offering of peace, neither the second nor the third time, they should bring these testimonies before the Lord; Then I, the Lord, would give unto them a commandment, and justify them in going out to battle against that nation, tongue, or people. And I, the Lord, would fight their battles, and their children’s battles, and their children’s children’s, until they had avenged themselves on all their enemies, to the third and fourth generation. Behold, this is an ensample unto ALL people, saith the Lord your God, for justification before me. (D&C 98:34-38)

Hence many are called but few are chosen. We fail to understand that we will not attain the Glory of God or His power unless we follow His law.

These are the wars that were legally declared by the US Congress and meet the Constitutional test: The War of 1812, The Mexican-American War, The Spanish-American War, World War I, and World War II. There have only been five. None other have been declared by Congress. Upon serious scrutiny is it is not clear whether any of these meet the criteria Webster established to call a war justifiable.

Only the Revolutionary War meets the criteria of a war justified by God. It is clear from the writings of the Founding Fathers that they were impelled by their belief in Christianity and inspired by God to challenge their tyrannical rulers.

Aside from these basic and foundational premises, all of our modern military conflicts in the last 200 years, declared or not, suffer from extreme logical and moral deficiencies. Our presidency has assumed the powers of a king and the congress has become a rubber-stamp aristocracy. Our media stokes the fires of fear just as did Amalickiah by setting men on the towers to provoke his people to anger. Elder Packer warned us. We are living in enemy territory. (General Conference Oct. 2011)

Men working in darkness have set the stage for conflict and the people of the world fall prey to the greatest of lies. The most prevalent in our modern day is the open acceptance of pre-emptive war. The basis for this is the idea that rogue and unpredictable despots or secretive groups will unleash a nuclear weapon or other unfathomable evil upon us. But this is the Pavlovian prompt, the hypnotist’s pocket-watch if you will. We must not fear. Fear is in actual fact the mind-killer. We must let it pass over us. Are we so bereft of faith that we cannot fathom a God who would protect us from nuclear weapons if we simply repent, confess His name and put our trust in Him?

Not since the days of the Black Regiment, Adams, Henry, Jefferson and Washington has this nation engaged in a moral war. This is the only honest conclusion based on the principles evidenced herein. Captain Moroni is also worthy of study. He understood these principles. These good Christians are our best example as they conquered tyranny through their courage and faith. I implore you to study your involvement in war as our world races to the brink. There is only one path that can bring salvation, temporal or spiritual. I recommend Him to you. “Behold, this is a choice land, and whatsoever nation shall possess it shall be free from bondage, and from captivity, and from all other nations under heaven, if they will but serve the God of the land, who is Jesus Christ” (Ether 2:12).